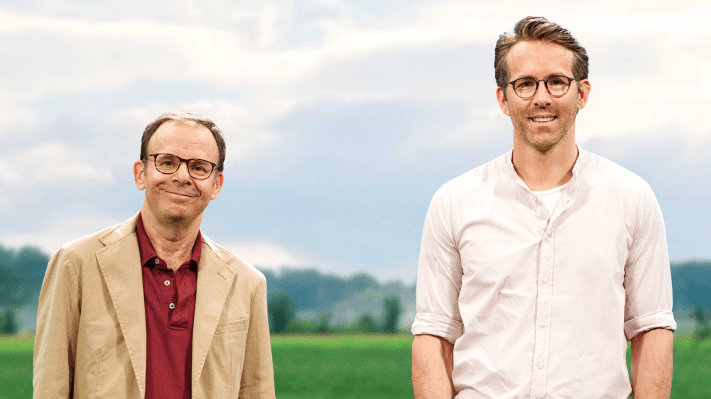 If you know one thing about Mint Mobile, it’s probably the fact that it’s owned by Pizza Place guy turned Pikachu voice, Ryan Reynolds. The actor’s been building a nice investment portfolio for himself, beginning with a piece of the Aviation American Gin company in 2018 and an ownership stake in Mint last year.

The company is a mobile virtual network operator, specializing in cheap prepaid phone plans built on top of T-Mobile network. Today it launched a new unlimited talk and text plan for the U.S. for $30. The plan includes either  35GB of 5G or LTE data,  depending on the strength of the signal in your area.

The pricing gets more complicated from there — the $30 a month is an introductory offer for three months, using the annual per month pricing. If you’re satisfied after the first three months, you can renew for another three months at $40 a month, six months at $35 a month or go in for the full year to stay at $30 a month.

To mark the occasion, Reynolds is starring in a trio of TV spots, featuring Teacher of the Year Rodney Robinson, Paul Revere descendant/Captain/fishing guide Avery Revere and fellow Canadian actor, Rick Moranis. The SCTV alum has notably eschewed Hollywood for a couple of decades now, in spite of a number of high profile reunions of franchises like Ghostbusters. In a fun and goofy little spot, set in a field for some reason.

“Like many, I’ve missed seeing Rick in movies for the past decade, so I pretty much begged him to reemerge for Mint,” Reynolds says of the spot. “There’s really no good reason for it expect this year has been weird and I thought we could all use more Rick Moranis.” Fair enough.

Moranis is set to return to films after a 23-year hiatus with the Honey, I Shrunk the Kids reboot, Shrunk.