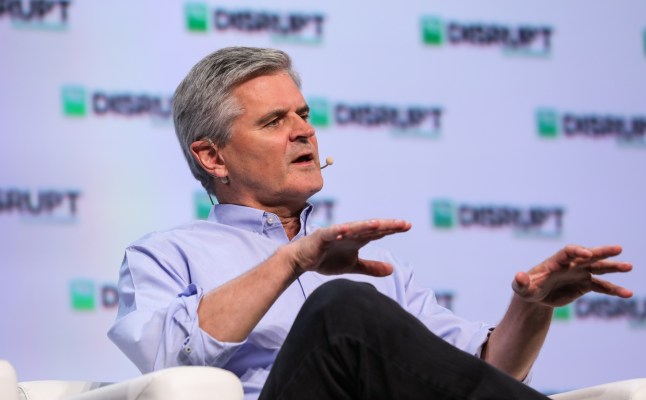 Revolution, the investment firm co-founded 14 years ago by entrepreneur-investor Steve Case, has closed its second Rise of the Rest seed fund with $150 million in capital commitments, just like the debut fund it announced two years ago.

Rise of the Rest — which funds startups outside of the biggest U.S. tech hubs in an effort to foster innovation and momentum elsewhere — has rounded up some of the funding from institutional investors, presumably, but also numerous very wealthy individuals.

According to Forbes, which is currently hosting a summit where Case announced the new fund, some of the new fund’s backers include Jeff Bezos of Amazon, Sara Blakely of Spanx, hedge fund manager Ray Dalio, Under Armour co-founder Kevin Plank, former Tennessee governor Bill Haslam, VCs Jim Breyer and John Doerr, and Apollo Global Management co-founder Joshua Harris. Some of these investors backed the first fund, too, including Bezos, Dalio, Breyer and Doerr.

Certainly, that first fund kept its investors busy, with stakes in 125 companies. Barely a week passes without a startup announcing some funding from the Rise of the Rest team.

Just last week, for example, the outfit participated in the $18 million Series A round of Aurora Insight, a three-year-old, Washington, D.C.-based startup that provides a “dynamic” global map of wireless connectivity that it monitors in real time using AI and data from sensors on satellites, vehicles, buildings and aircraft, among others, and other objects.

Other recent checks — all in September — have gone to Zylo, a three-year-old, Indianapolis-based enterprise SaaS management platform that just raised $22.5 million in Series B funding with participation from Rise of the Rest; ZenBusiness, a four-year-old, Austin, Texas-based software platform that recommends services like banking, lending and tax preparation to those starting small businesses and which raised $10 million in Series A funding; and Replica, a Kansas City, Kan.-based data-gathering tool created within Sidewalk Labs that maps the movement of people in cities.