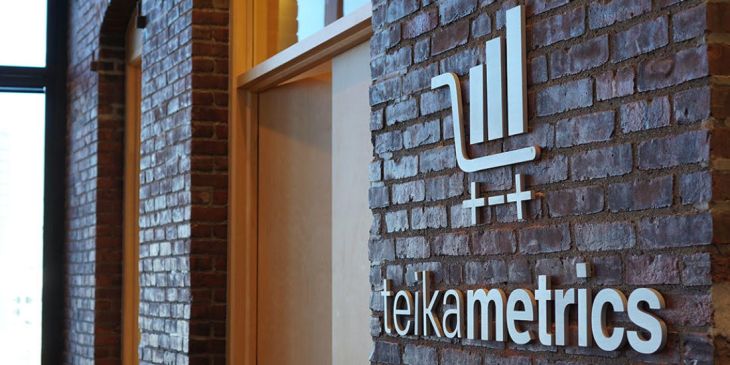 The company launched with the goal of helping Amazon sellers advertise more effectively. More recently, it launched a similar partnership with Walmart.

CEO Alasdair McLean-Foreman said that on both platforms, the startup’s Flywheel platform can improve the ad-buying process using retailer data about things like transactions, inventory and pricing.

McLean-Foreman praised Amazon for creating “an incredible closed loop” where “millions of consumers [are] meeting millions of suppliers across the long tail.” And of the other online platforms, he said Walmart is “the one that’s closest to parity.”

He added that by working with Teikametrics, retailers (whether they’re third-party sellers, or brands promoting products that Amazon and Walmart are selling themselves) can optimize their campaigns across both marketplaces, and eventually on other platforms as well.

McLean-Foreman added that the company will be launching products that go beyond advertising later this year. His vision is for Teikametrics to use that same data to create a retail “operating system” that optimize every aspect of a retailer’s business, including inventory and pricing.

“It’s about creating very simple solution to a very, very complicated problem that is much more dynamic and much more complicated than just the ads,” he said.

The Boston-headquartered startup raised a $10 million Series A in 2018. The new round was led by Jump Capital, with participation from Granite Point Capital, Jerry Hausman (an MIT econometrics professor who also serves as a scientific advisor) and Ed Baker (former head of growth at Facebook and Uber).

Looking at the broader retail and advertising landscape, McLean-Foreman acknowledged, “AI is almost a buzzword,” but he argued, “We are actually AI-first. The product itself is automation, it is intelligent decision-making.”

He added, “Advertising is a huge lever to pull and a really good problem for AI to solve, but I’m super excited to apply those same AI components or solutions to an even bigger problem at the same time.”