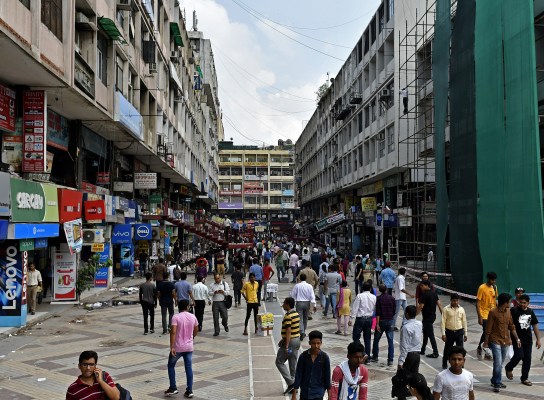 Reliance Industries, one of India’s largest industrial houses, has acquired a majority stake in NowFloats, an Indian startup that helps businesses and individuals build online presence without any web developing skills.

In a regulatory filing on Thursday, Reliance Strategic Business Ventures Limited said (PDF) it has acquired an 85% stake in NowFloats for 1.4 billion Indian rupees ($20 million).

Seven-and-a-half-year old, Hyderabad-headquartered NowFloats operates an eponymous platform that allows individuals and businesses to easily build an online presence. Using NowFloats’ services, a mom and pop store, for instance, can build a website, publish their catalog, as well as engage with their customers on WhatsApp.

The startup, which has raised about 12 million in equity financing prior to today’s announcement, claims to have helped over 300,000 participating retail partners. NowFloats counts Blume Ventures, Omidyar Network, Iron Pillar, IIFL Wealth Management, and Hyderabad Angels among its investors.

Reliance Strategic Business Ventures Limited, a wholly-owned subsidiary of Reliance Industries, said that it would invest up to 750 million Indian rupees ($10.6 million) of additional capital into the startup, and raise its stake to about 89.66%, if NowFloats achieves certain unspecified goals by the end of next year.

In a statement, Reliance Industries said the investment will “further enable the group’s digital and new commerce initiatives.” NowFloats is the latest acquisition Reliance has made in the country this year. In August, the conglomerate said it was buying a majority stake in Google-backed Fynd for $42.3 million. In April, it bought a majority stake in Haptik in a deal worth $100 million.

There are about 60 million small and medium-sized businesses in India. Like hundreds of millions of Indians, many in small towns and cities, who have come online in recent years thanks to world’s cheapest mobile data plans and inexpensive Android smartphones, businesses are increasingly building online presence as well.

But vast majority of them are still offline, a fact that has created immense opportunities for startups — and VCs looking into this space — and major technology giants. New Delhi-based BharatPe, which helps merchants accept online payments and provides them with working capital, raised $50 million in August. Khatabook and OkCredit, two digital bookkeeping apps for merchants, have also raised significant amount of money this year.

In recent years, Google has also looked into the space. It has launched tools — and offered guidance — to help neighborhood stores establish some presence on the web. In September, the company announced that its Google Pay service, which is used by more than 67 million users in India, will now enable businesses to accept digital payments and reach their customers online.