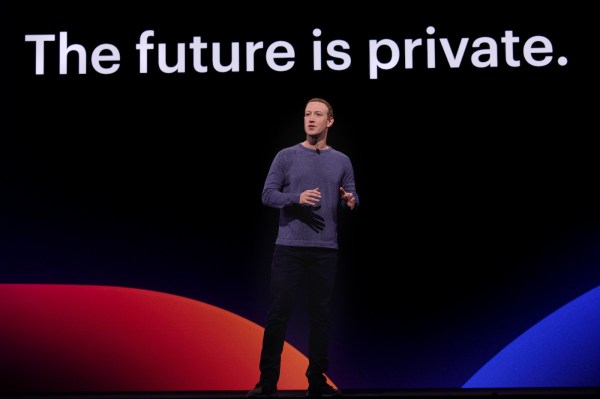 Facebook’s leadership made a pretty heavy-handed indication this year that it believes Facebook Groups are the future of the app. They announced all of this alongside their odd declaration that “The future is private.” Now, Facebook is changing the language describing the visibility of privacy of groups.

As the Groups feature has come front-and-center in recent redesigns, Facebook has decided that the language they have been using to describe the visibility of “Public,” “Closed” and “Secret” Groups isn’t as clear as it should be, so the company is switching it up. Groups will now be labeled either “Public” or “Private.”

That means that groups that were previously “Closed” or “Secret” will now share the designation of “Private,” meaning that only members of the group can see who’s in the group or what has been posted. The distinction is that there’s now a second metric — whether or not the group is “Visible,” which denoted if the group can be found via search. For groups that were previously “Closed,” the migration to the classification will leave them “Visible” while “Secret” groups will remain “Hidden.” 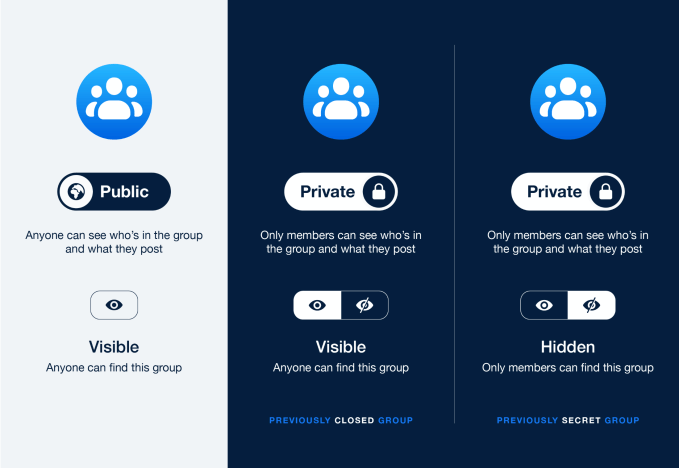 In a way, this is kind of just Facebook throwing more privacy-related labels in their app to change perceptions while the feature sets stay the same, but denoting the visibility of a “closed” group in search was probably the biggest point of confusion here that Facebook was aiming to rectify. There’s a clear editorial message with Facebook conveying that there are shades and nuances to what “Private” means on Facebook compared to “Public,” which is unwavering and defaulted.

The point of the previous labels was to make privacy settings easier to grasp with a single word. Facebook didn’t hit a home run with those labels, but it kind of feels like you really need to see this graphic to fully get the differentiations to Groups now, which probably isn’t the best sign.