It’s been the cause of much debate among monarchists for the past few years now. Who should eventually replace Queen Elizabeth? Her son, Prince Charles? Or her grandson, Prince William?

It’s a touchy subject for many and is sure to inspire much debate. Still, one thing that I think most royal fans can agree on is that the opinions of Republic, a UK-based republican pressure group, shouldn’t become reality.

Who Should Replace Queen Elizabeth? Prince William? Prince Charles? Neither!

According to Republic CEO Graham Smith, the successor to Queen Elizabeth shouldn’t be decided by royal succession, but rather a vote by the British public:

First of all, it’s not “clear” that the British public wants to vote on who takes over as Head of State from Queen Elizabeth. Sorry Graham, but that’s not the case.

In years past, there was very little between Prince Charles and Prince William when it came to public sentiment, but that’s not because both men were considered unsuitable or unliked.

On the contrary, it was because both are popular royals in their own right.

An Elected Head of State, in Any Form, Would End to the British Monarchy as We Know It

I know that bulldozing the British Monarchy is the aim of organizations such as Republic, which is why I stand firmly against such a move.

We already have elected representatives in Britain, and God knows we’ve had more than enough grief with elections and referendums over the past few years to last an entire lifetime.

What we don’t need is the monarchy turned into a side-show circus with yet another election thrown at the public when we are, to be frank, quite tired of making that journey to the polling booth at it is.

Can you imagine? Queen Elizabeth stands down in a few years to enjoy her retirement, and both Prince Charles and Prince William put themselves forward as potential replacements.

Via Zoom and resplendent in his shapeless grey t-shirt, naturally.

Who wants more of that?

Who Should Be Next in Line? Prince William? or Prince Charles?

As much as I have a soft spot for Prince Charles, I think Prince William should be next to sit on the throne.

This video by Republic highlights the issues we’d see with Prince Charles as king in the modern era: 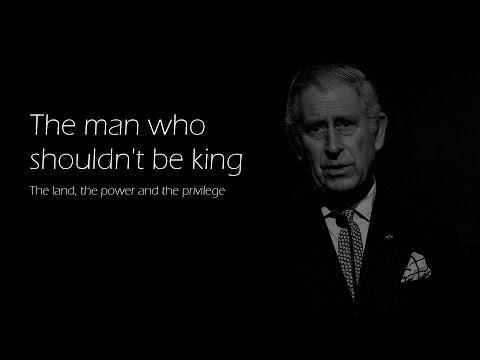 I know there are rules in place for a reason, but we also need to look at common sense.

Prince Charles is in his 70’s. He should be starting to slow down, not take on a significant workload and media publicity.

As much as I hate to admit it, Republic CEO Graham Smith is right when he says:

[Prince Charles] is also much easier to challenge and criticize, the problem with him is that he cannot help himself when it comes to interfering with politics.

Charles is an older man, and lovely as he is, I don’t think he’s in a position to deal with the demands of a modern generation on a modern monarch.

Prince William would be the modernizing force that the royal family needs.

He’s the king that the British Monarchy needs to survive, in my opinion. The likes of Graham Smith and his ilk are circling, looking to destroy what we have.

Prince William is the answer.