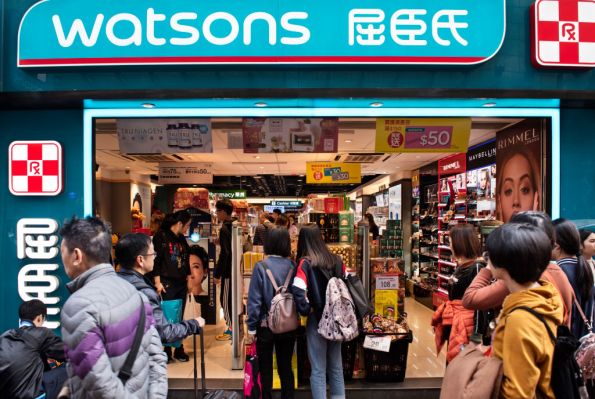 Genetics testing startup Prenetics today announced a major new deal for its brand in Asia. The company is partnering with A.S. Watson Group, the personal care giant whose stores are ubiquitous in many East and Southeast Asian countries. That means Watsons’ Hong Kong stores and website will be the first retailer in Asia to sell Circle DNA, Prenetics’ new consumer DNA testing kit, before it launches in Watsons’ other Asian markets.

Watsons has 15,200 stores in 25 countries across Asia and Europe, including Hong Kong, China, Taiwan, Indonesia, Malaysia, Singapore, Ukraine and Russia, and claims to be the largest health and beauty retailer in the world. Also based in Hong Kong, Prenetics began by providing DNA tests for insurance firms and health care providers, before branching into consumer tests by buying London-based startup DNAFit last year. The acquisition of DNAFIt, which still sells testing services under its own brand, also gave Prenetics a foothold in the U.S., where DNAFit is partnered with Helix, another gene testing company.

Prenetics launched in 2009 and has raised more than $50 million so far from investors including Beyond Ventures and Alibaba Hong Kong Entrepreneurs Fund, who led its $40 million Series B in 2017.

As it expands, Prenetics will become a more direct competitor with companies like 23andMe and AncestryDNA. Circle DNA’s kits differentiate by focusing primarily on health reports instead of ancestry. The most important advantage a DNA test can offer, however, is accuracy, and the ability of consumer DNA tests to answer certain questions reliably has been called into question by geneticists. Prenetics claims its technology, which uses whole exome sequencing instead of genotyping, is able to provide 50 to 100 times more data than competing tests.