Porsche to produce a cheaper version of its all-electric Taycan 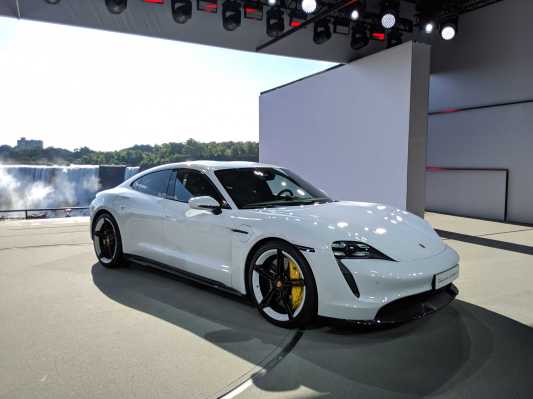 Porsche is producing three variants of its all-electric Taycan sports sedan with base prices that range from a skosh over $105,000 to $185,000.

Now, it seems the automaker is preparing to introduce a cheaper rear-wheel-drive version, according to an interview in Car Magazine with Porsche R&D chief Michael Steiner. This newer version, which will join the Taycan Turbo S, Taycan Turbo and 4S, will have a smaller battery and be sold in markets like China that don’t need all-wheel drive, Steiner said.

Porsche wouldn’t provide any specific details to TechCrunch about this mystery fourth variant of the Taycan. The German automaker said it doesn’t talk about future products, before adding that its “electrification initiative will not stop with just three Taycan variants.”

After years and more than $1 billion in initial investment, Porsche introduced in September two variants of its first all-electric vehicle — the Taycan Turbo S and Taycan Turbo, with base prices of $185,000 and $150,900, respectively.

All the Taycans, including the 4S, have the same chassis and suspension, permanent magnet synchronous motors and other bits. The 4S is lighter, cheaper and slightly slower than the high-end versions.

The standard 4S is, so far, the cheapest Taycan available, with a base price of  at $105,250, including a delivery fee. The standard 4S comes with a 79.2 kWh battery pack and a pair of electric motors that produce 482 horsepower (360 kW). With the launch control engaged, the horsepower jumps to 562.