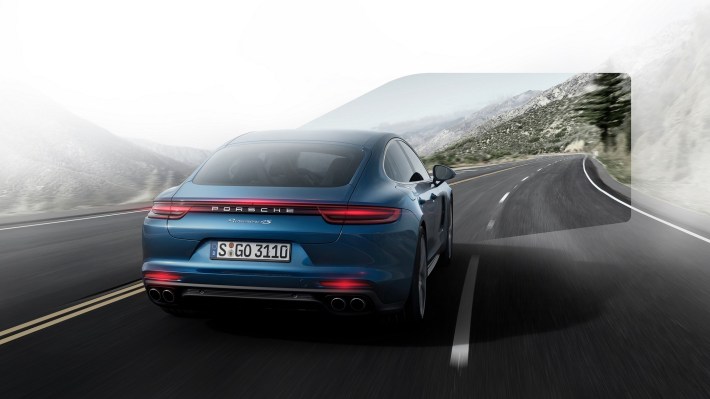 The strategic investment is part of a Series A financing round that has been expanded to $19 million. The round was initially led by Intel Capital and Israeli venture fund Grove Ventures. Porsche has held shares in Grove Ventures since 2017.

TriEye has raised $22 million to date. Terms of Porsche’s investment were not disclosed.

The additional funding will be used for ongoing product development, operations and hiring talent, according to TriEye.

The advanced driver-assistance systems found in most new vehicles today typically rely on a combination of cameras and radar to “see.” Autonomous vehicle systems, which are being developed and tested by dozens of companies such as Argo AI, Aptiv, Aurora, Cruise and Waymo, have a more robust suite of sensors that include light detection and ranging radar (lidar) along with cameras and ultrasonic sensors.

For either of these systems to function properly, they need to be able to see in all conditions. This pursuit of sensor technology has sparked a boom in startups hoping to tap into demand from automakers and companies working on self-driving car systems.

TriEye is one of them. The premise of TriEye is to solve the low visibility problem created by poor weather conditions. The startup’s co-founders argue that fusing existing sensors such as radar, lidar and standard cameras don’t solve this problem.

TriEye, which was founded in 2017, believes the answer is through short-wave infrared (SWIR) sensors. The startup said it has developed an HD SWIR camera that is a smaller size, higher resolution and cheaper than other technologies. The camera is due to launch in 2020.

The technology is based on advanced nano-photonics research by Uriel Levy, a TriEye co-founder and CTO who is also a professor at the Hebrew University of Jerusalem.

The company says its secret sauce is its “unique” semiconductor design that will make it possible to manufacture SWIR HD cameras at a “fraction of their current cost.”

TriEye’s technology was apparently good enough to get Porsche’s attention.

Michael Steiner, a Porsche AG board member focused on R&D, said the technology was promising, as was the team, which is comprised of people with expertise in deep learning, nano-photonics and semiconductor components.

“We see great potential in this sensor technology that paves the way for the next generation of driver assistance systems and autonomous driving functions,” Steiner said in a statement. “SWIR can be a key element: it offers enhanced safety at a competitive price.”