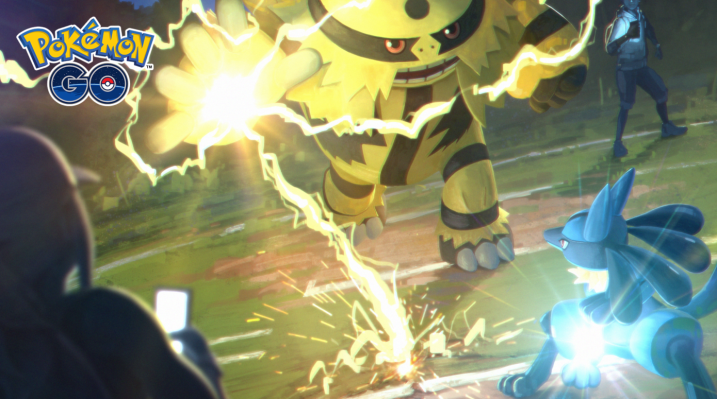 At the end of last year, Pokémon GO finally got a player-versus-player battling system. While it was a very much welcomed addition, it has always seemed a bit… monotonous. It just requires so… much… tapping.

You repeatedly tap the screen to make your Pokémon attack, simultaneously building up its “Charge” move with each tap. Once it’s time to unleash the charge, you tap a button on screen to fire off the move, then tap as fast as you can to make that move more powerful. Tap! Tap! Tap! Taptaptaptaptaptap. Repeat until the battle is over. It’s a great thumb workout, but it arguably wasn’t very much fun.

In a tweet this afternoon, Niantic announced that they’re changing things up. The core mechanics of the battle system will remain the same, but charge attacks will now be less about tapping quickly, and more about accurate swiping. Once you’ve fired off your charge move, you’ll swipe your finger across a trail of icons falling across your screen. The more you collect before time runs out, the more powerful your attack will be.

You can see a quick demo of the new charge system in the video below beginning around 13 seconds in. (The first 13 seconds, meanwhile, demonstrate an overhauled appraisal system for helping you figure out your particular Pokémon’s unique stats):

Trainers, two feature revamps are coming to Pokémon GO! We are rolling out an updated appraisal system to give you more detailed information on your Pokémon’s stats, and will soon be updating the Charged Attack mechanic in Trainer Battles. Watch for a preview! pic.twitter.com/0MaIjrxx8f

These changes to battle mechanics are bound to be at least a little divisive because… well, they’re changes. Some people will love’m, some people will always prefer the old tap-tap-tap charge mechanics, and others will keep yelling that the game should just use the same turn-by-turn battle system found in the main Pokémon series.

At first glance, though, I like this new concept. It reminds me a bit of glyph hacking in Niantic’s first game, Ingress, or the spell casting mechanics in its most recent title, Harry Potter: Wizards Unite. Swiping up icons seems just a pinch more entertaining than furiously bashing at the screen, without really messing with the underlying battle mechanics. At the very least, my thumb appreciates the change.