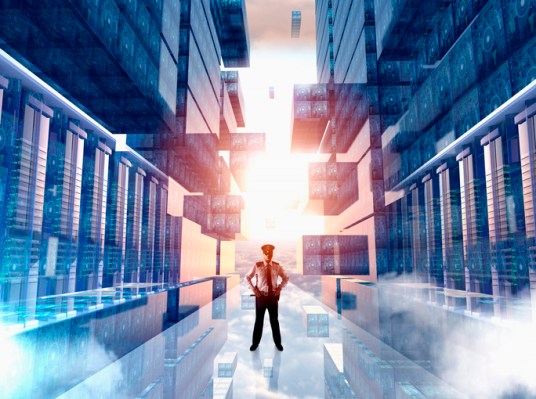 It seems Los Angeles is becoming an enterprise software hotspot.

LA saw its first big enterprise exit in recent memory with the recent acquisition of Signal Sciences for $775 million, and less than a month later a hometown startup, Britive has raised $5.4 million from LA’s own venture fund, Upfront Ventures and a clutch of security experts.

Now, he and Gudanis are trying to solve the issues of identity access management that the new, ubiquitous cloud computing model presents for security officers and developers.

“When Optiv acquired us, we were already seeing interesting and strong signals in the technolog space about the disruption that was being driven by cloud technologies,” said Poghosyan.

Those cloud technologies presented new challenges for the kind of privileged access management technologies that Poghosyan had developed.

The solution that Britive pitches is a dynamic model for granting permissions for access, Poghosyan said. Instead of granting permanent access to, there re policy-based pre authorizations that a company can set up defined for specific tasks and roles.

Based on a developer’s role and work, they can request and receive access automatically based on the specific parameters defined by a company or security officer.

The company already has over a dozen customers using its technology after launching merely two years ago. It’s a customer base that includes one of the world’s largest carmakers and a global clothing brand — companies Poghosyan declined to identify, citing contractual obligations.

The company charges based on the number of users who are requesting permission for access, Poghosyan said.

As more companies move to remote work in the COVID-19 era and distributed teams become the norm, streamlining the provisioning and access management process for companies is going to become even more important.

Undoubtedly, that’s why Britive was able to land investors like Upfront Ventures and why their partner, Kara Nortman is joining the company’s board of directors. It’s also the reason the company was able to attract some of LA’s leading enterprise executives to back the company, including Andrew Peterson, CEO of Signal Sciences and Dave Cole, CEO of Open Raven.