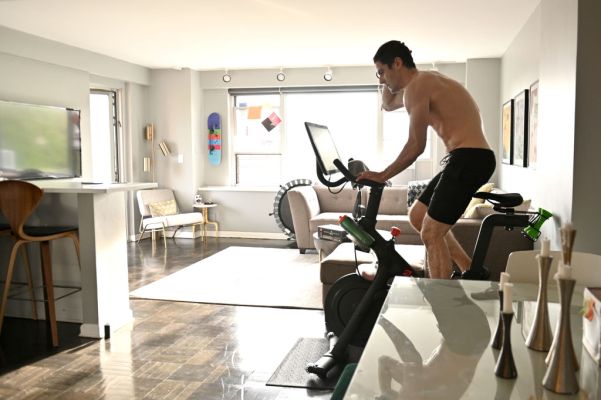 Peloton is reportedly getting ready to add to its product lineup with two new products at either end of its pricing spectrum, according to Bloomberg. The workout tech company is planning both a cheaper, entry-level smart treadmill, and a higher-end version of its stationary exercise bike, with an announcement set to take place as early as sometime next week in time for its quarterly financial earnings.

The new products would come alongside a price drop for its existing exercise bike, to a price point under $1,900 according to the report. While the new ‘Bike+’ will retail for more than the current price of the existing model, the price drop will help Peloton stoke the high demand for its products resulting from the closure of gyms and social distancing measures instituted in response to the COVID-19 pandemic.

Peloton’s new ‘Tread’ treadmill will retail for under $3,000, according to Bloomberg’s sources, which is a considerable discount vs. the $4,295 asking price for the existing model. That one will remain on sale as a premium offering, and the new version will reportedly more closely resemble a traditional home treadmill in terms of materials and construction, allowing for the cheaper asking price.

The new, upscale Bike+ model will also reportedly feature a repositionable smart display, which will help it serve as the centerpiece of a more comprehensive home gym that includes strength training and other kinds of guided workouts. Peloton’s hardware products are what helped distinguish it in the exercise market, but it has built another strong business on subscription plans and app-guided workouts, which are available with or without its home gym equipment.

The new treadmill will likely go to market before the upgraded smart bike, in terms of availability, according to the report. Peloton’s main blocker for customer base expansion is probably its relatively high point of entry, in terms of its in-house hardware, so that makes a lot of sense if the company is looking to capitalize on general consumer appetite for at-home fitness solutions during the COVID-19 crisis.