Original Content podcast: ‘The Politician’ returns for an entertaining but pointless Season 2 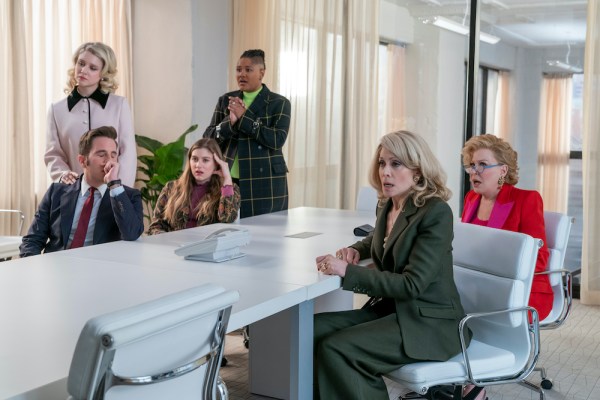 When “The Politician” debuted on Netflix last year, it divided the hosts of the Original Content podcast. After season two, we were more united: The show is not good.

To be clear, “The Politician” is still pretty entertaining, thanks to a consistent dedication to packing as many ridiculous plot twists as possible into any given episode. But the glibness of its approach to contemporary politics feels emptier than ever.

As teased at the end of season one, the show has jumped forward a few years from titular politician Payton Hobart’s contentious election for student body president. Payton (played by Ben Platt) is now a student at NYU, and he’s launched a longshot campaign for the seat currently occupied by veteran New York State Senator Dede Standish (Judith Light).

While Platt’s performance remains compelling — especially in the rare moments when he gets a chance to sing — Payton still feels like a teenager playacting as a real politician, and his climate change-focused platform feels only distantly related to the concerns of real-world environmental activists.

Even worse, Payton is sidelined for stretches of the show as its writers become increasingly obsessed with Standish’s complicated love life. Theoretically, there’s nothing wrong with a series that wants to explore non-traditional relationships, but we couldn’t escape the suspicion that they just thought it was hilarious to make Platt, Light and Bette Middler (playing Standish’s chief of staff Hadassah Gold) say the word “throuple” as often as possible.

Before we get to our review, we also discuss our excitement (particularly Anthony’s) after seeing the first trailer for “Foundation,” an adaptation of Isaac Asimov’s classic science fiction series coming to Apple TV+ next year.

You can listen to our review in the player below, subscribe using Apple Podcasts or find us in your podcast player of choice. If you like the show, please let us know by leaving a review on Apple. You can also follow us on Twitter or send us feedback directly. (Or suggest shows and movies for us to review!)