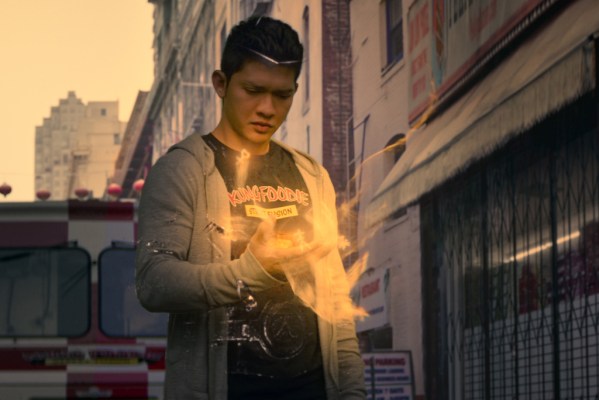 When we reviewed “Another Life” last week, we described it as an old-fashioned science fiction space show, something that’s been absent from TV for the past decade or so. “Wu Assassins” is another new Netflix series, and it’s also is a kind of a throwback — this time to ’90s martial arts series like “Vanishing Son” and “Kung Fu: The Legend Continues.”

As we explain in the latest episode of the Original Content podcast, “Wu Assassins” — which tells the story of Kai, a San Francisco chef who receives mystical powers and must battle powerful nemeses known as the Wu Lords — has plenty of delightfully cheesy writing and special effects. But it’s set apart from those older shows in a couple key ways.

First, there’s the fact that Indonesian martial arts star Iko Uwais (who you might recognize from “The Raid” and “Star Wars: The Force Awakens”) plays as Kai — he’s not a great dramatic actor, but once the action starts, he becomes a blur of punches and kicks.

The producers have surrounded Uwais with other other accomplished martial artists, so the resulting fight scenes are extraordinary. “Wu Assassins” includes a couple big set pieces, but even more remarkably, every single fight (and there are plenty) feels like it’s been choreographed for the perfect mix of beauty and brutality.

Even better, there’s Byron Mann’s performance as Uncle Six, a ruthless triad boss who has a long history with Kai. Mann brings real charisma and humanity to his performance, and he turns his dramatic scenes with Uwais into absolute highlight of the show. Plus, he’s just as compelling when he’s called upon to beat the crap out of his enemies.

In addition to praising “Wu Assassins,” we also discuss the CBS-Viacom merger and listener response to our review of “Another Life.”