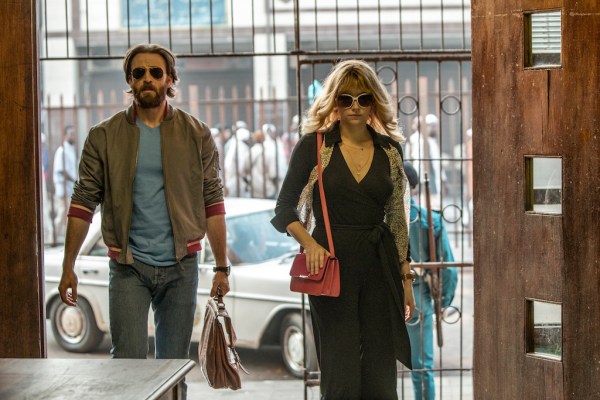 “The Red Sea Diving Resort,” a new film on Netflix, is based on the true story of Mossad agents who took over an abandoned holiday resort in Sudan to smuggle Jewish Ethiopian refugees out of the country.

As we explain in the latest episode of the Original Content podcast, the film feels like it’s made in the “Argo” mold, fashioning a political thriller out of a too-crazy-for-fiction events. But it’s not as well-made as “Argo,” while struggling with the same challenges — mixing serious and comedic tones, and balancing real-world politics with blockbuster thrills.

The balance feels particularly awkward with “Captain America” actor Chris Evans playing the Mossad agent leading the operation. He’s not bad in the role, but there’s not much substance or complexity to it, and his presence underlines the feeling that we’re watching a Hollywood fantasy.

The film also skimps on providing any broader political context. Maybe it deserves credit for not holding the audience’s hand, but as a result, all we know who the good guys are and who the bad guys. Meanwhile, none of the refugees — not even Kabede, who’s played by Michael K. Williams of “The Wire” — fully emerges a three-dimensional character.

Before our review, we discuss the apparent end of Disney and Sony’s agreement making Spider-Man part of the Marvel Cinematic Universe, news that prompted outrage and petitions from unhappy fans.