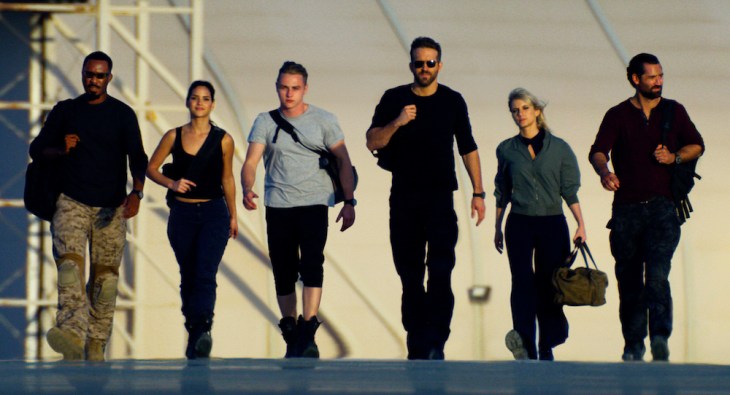 Netflix’s “6 Underground” feels like a movie that belongs on the big screen.

Sure, it isn’t part of a giant franchise (yet), and it doesn’t feature any well-known superheroes — but it does star “Deadpool”‘s Ryan Reynolds as a wise-cracking hero who criss-crosses the globe, going from one spectacularly destructive set piece to another. And behind the camera, you’ve got Michael Bay (who made “Bad Boys” and countless “Transformers” movies) coordinating the action.

On the latest episode of the Original Content podcast, your hosts freely admit that we … enjoyed it?

The movie is spectacularly dumb, but Bay’s approach to action — cut as often as possible and blow up everything — never gets boring. “6 Underground” opens with a fast-paced car-chase that introduces the titular team of international operatives (each of them with their own specific skill), and it follows up with scenes that are even more inventive and/or pulse-pounding.

It also helps that the script comes from “Deadpool” writers Rhett Reese and Paul Wernick, so there’s a glib, profane energy to all of the dialogue, and some of the jokes are genuinely funny.

But your enjoyment will hinge on your ability to turn off your brain — to not be bothered by a plot that’s both laughably slapdash and ridiculously convoluted, or by Bay’s tendency to film women as if their butts were their main features.

And you definitely don’t want think too hard about the core premise, which suggests that the world would be a better place if secretive tech billionaires ignore international law and could force regime change in the Middle East.