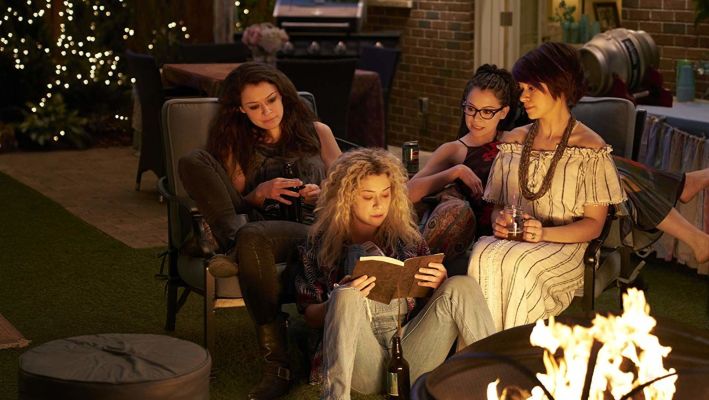 “Orphan Black” ended its five-season run back in 2017, but Serial Box is currently continuing the story with “Orphan Black: The Next Chapter,” a weekly series of e-books and audiobooks.

While spin-ff novels and licensed fiction are nothing new, I was particularly interested in this revival because Serial Box is a venture-backed startup bringing back the tradition of serialized fiction. Plus, “The Next Chapter” feels particularly official because the audio version is narrated by Tatiana Maslany, whose starring turn as the show’s various clones was so central to its appeal.

So for a bonus episode of the Original Content podcast, I spoke to Malka Older, the head writer of “Orphan Black: The Next Chapter.”

Older was a fan of the series, and she explained that by jumping several years ahead in the “Orphan Black” timeline, the writing team could “give the original series space to breathe” and find a new approach to its big themes.

While Older noted that she has no problem depicting large corporations as villains — something she’s done in her own novels — she wanted to do something new here:

We started thinking more about governments. And particularly when you come to these questions of biotechnology and genetics, governments are increasingly getting involved and trying to figure out what their role is in regulating them — or facilitating them for economic reasons. And then we’re also seeing security questions and things like biometric security become much more pervasive. So to start thinking about how that would effect the lives of these clones was just a really rich seam to open up.

We also cover some topics that should be interesting to non-“Orphan Black” fans, like the appeal of serialized fiction versus binge-watching. Older noted that if you wait for all the weekly installments to come out, you can still binge “The Next Chapter,” but she also said, “Not all of us have the opportunity to really binge everything. And it’s not always bad to have structural constraints on how much you can consume at one time.”

You can listen to the interview in the player below, subscribe using Apple Podcasts or find us in your podcast player of choice. If you like the show, please let us know by leaving a review on Apple. You can also send us feedback directly. (Or suggest shows and movies for us to review!)