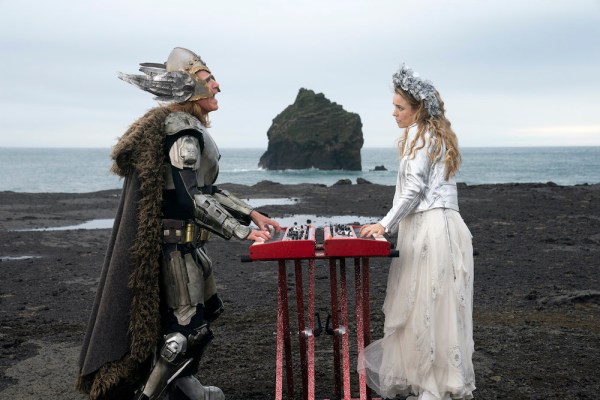 The new Netflix comedy “Eurovision Song Contest: The Story of Fire Saga”  should win anyone over, even if you’re not a huge Will Ferrell fan and have no idea what Eurovision is.

The film stars Ferrell and Rachel McAdams as the titular Icelandic musical duo, who are pursuing a lifelong dream of winning at the enormous international musical competition. The film features cameo appearances from past Eurovision performers, and it feels less like a parody and more like a celebration — albeit one that fully embraces the insane costumes and over-the-top production numbers.

The Icelandic accents fade in and out, while the script — written by Ferrell and Andrew Steele — can feel a bit by-the-numbers. But it’s all easy to forgive, thanks to the movie’s obvious goofiness.

“The Story of Fire Saga” also benefits from some memorable performances. McAdams, for one, brings a surprising conviction to her dramatic scenes and her (obviously lip synched) songs. The movie’s also a treat for Dan Stevens fans, as the “Legion” actor goes deliciously over-the-top as the Russian singer Alexander Lemtov.

You can listen to our review in the player below, subscribe using Apple Podcasts or find us in your podcast player of choice. If you like the show, please let us know by leaving a review on Apple. You can also follow us on Twitter or send us feedback directly. (Or suggest shows and movies for us to review!)