Original Content podcast: ‘Between Two Ferns: The Movie’ is fun but forgettable 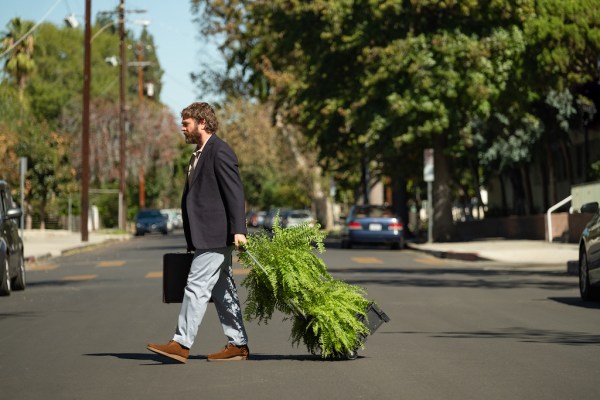 “Between Two Ferns: The Movie” is based on the comically confrontational web interview series starring Zach Galifianakis. In fact, some of us assumed that the film might be nothing more than one interview after another.

The movie does indeed have plenty of celebrity interviews, but they’re connected by a loose narrative thread in which Galifianakis and his crew have been dispatched by their corporate overlord Will Ferrell to crisscross the country, trying to film 10 interviews in two weeks.

If that sounds like a pretty thin story for a feature-length film, you’re not wrong — as we discuss in the latest episode of the Original Content podcast. Galifianakis and the actors playing his crew make some inspired jokes, but they can’t entirely dodge the sense that they’re filling time between interviews.

As for the interviews themselves, it’s still a delight to see Galifianakis toss off one belittling question after another. However, it can get a little one-note when the interviewees are rarely asked to do anything more than sputter angrily — which may be why some of the interviews have been cut down to just one or two questions.

To be clear, we all enjoyed watching “Between Two Ferns: The Movie,” but the real highlight turned out to be the interview outtakes that play over the end credits, and the extended interviews that have been posted on YouTube.

In addition to reviewing the film, we also discuss the Emmy Awards, covering the winners we liked (“When They See Us”) and the ones we didn’t (“Bandersnatch”).

If you’d like to skip ahead, here’s how the episode breaks down:
0:00 Intro
0:31 “Terrace House” listener response
2:42 Emmy Awards discussion
16:55 “Between Two Ferns: The Movie” review (extremely mild spoilers)