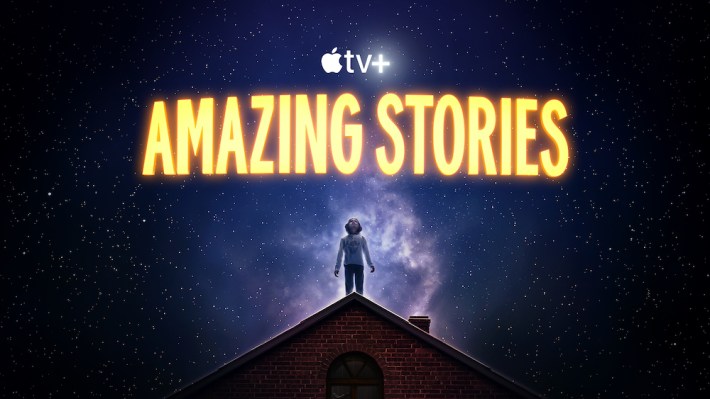 It’s been two-and-a-half years since the news first broke that Steven Spielberg would be rebooting his ’80s anthology series “Amazing Stories” for Apple’s then-unnamed streaming service.

Now, after some behind-the-scenes drama, “Amazing Stories” has launched on Apple TV+, with the first two segments currently available. The first, “The Cellar,” is a time travel romance, while “The Heat” is a combination ghost story/murder mystery/sports drama.

As we explain on the latest episode of the Original Content podcast, it’s hard to tell exactly who this show was made for. Both of the episodes aired so far get pretty goofy, as if the show was made for kids — but they also move into surprisingly dark territory. Both start with familiar setups, then take some surprising twists and turns, but the results aren’t very satisfying.

In the end, it was hard for any of us to muster any enthusiasm for watching the show’s remaining three episodes.

You can listen to our full review in the player below, subscribe using Apple Podcasts or find us in your podcast player of choice. If you like the show, please let us know by leaving a review on Apple . You can also send us feedback directly. (Or suggest shows and movies for us to review!)

Facebook’s latest app experiment is a ‘private space’ for couples