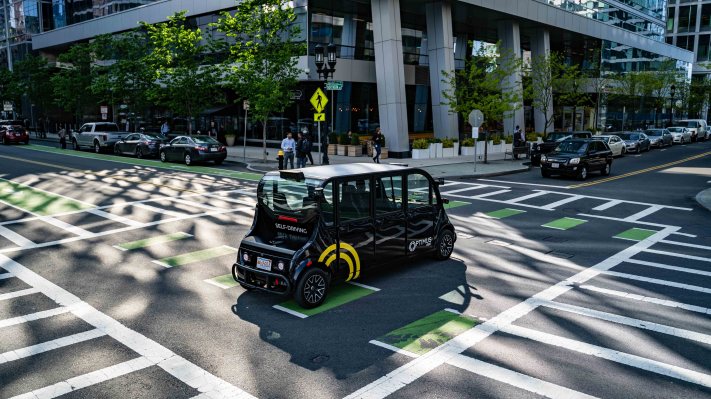 Self-driving startup Optimus Ride will become the first to operate a commercial self-driving service in the state of New York – in Brooklyn. But don’t expect these things to be contending with pedestrians, bike riders, taxis and cars on New York’s busiest roads; instead, they’ll be offering shuttle services within Brooklyn Navy Yards, a 300-acre private commercial development.

The Optimus Ride autonomous vehicles, which have six seats across three rows for passengers, and which also always have both a safety driver and another Optimus staff observer on board, at least for now, will offer service seven days a week, for free, running a service loop that will cover the entire complex. It includes a stop at a new ferry landing on-site, which means a lot of commuters should be able to pretty easily grab a seat in one for their last-mile needs.

Optimus Ride’s shuttles have been in operation in a number of different sites across the U.S., including in Boston, Virginia, California and Massachusetts.

The Brooklyn Navy Yards is a perfect environment for the service, since it plays host to some 10,000 workers, but also includes entirely private roads – which means Optimus Ride doesn’t need to worry about public road rules and regulations in deploying a commercial self-driving service.

May Mobility, an Ann Arbor-based startup also focused on low-speed autonomous shuttles, has deployed in partnership with some smaller cities and on defined bus route paths. The approach of both companies is similar, using relatively simple vehicle designs and serving low-volume ridership in areas where traffic and pedestrian patterns are relatively easy to anticipate.

Commercially viable, fully autonomous robotaxi service for dense urban areas is still a long, long way off – and definitely out of reach for startup and smaller companies in the near-term. Tackling commercial service in controlled environments on a smaller scale is a great way to build the business while bringing in revenue and offering actual value to paying customers at the same time.