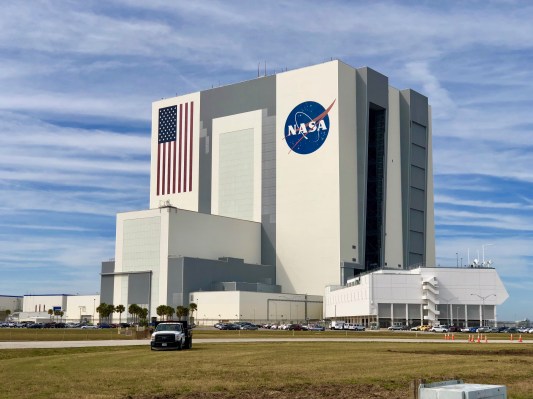 NASA is celebrating alongside Northrop Grumman at Kennedy Space Center in Florida, as the latter becomes the first commercial partner to make use of the Vehicle Assembly Building on-site at the base. The VAB, as it’s more commonly known, is a cavernous building that’s used to build and test rockets ahead of rolling them out to nearby launch pads, which was originally constructed by NASA to support the Apollo program.

Northrop Grumman will be using the VAB to build and prep its OmegA launch vehicle, a new rocket the company is building to transport intermediate and heavy payloads to orbit. It’s a fully expendable rocket, which Northrop is positioning as a lower-risk alternative to reusable models flown by competitors (cough SpaceX cough), and it’s also billed as an “affordable” option for those seeking launch services. OmegA is designed to help Northrop Grumman compete for future national security launch contracts, as well as support commercial customer missions.

NASA will also continue to use the VAB for the assembly of its own Space Launch System (SLS) rocket, which will be supporting missions in the Artemis program and transporting the Lockheed Martin-built Orion crew craft to space, and eventually to the Moon.