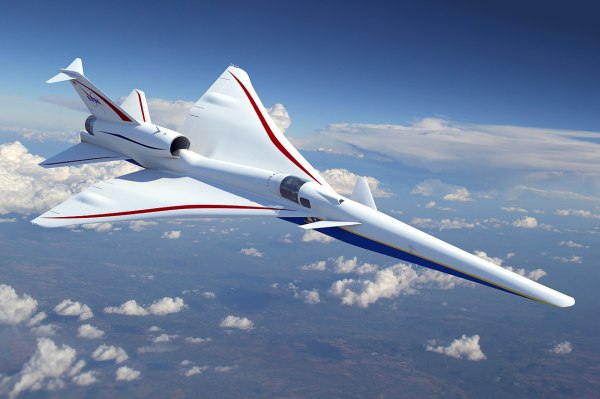 NASA is keeping things moving with its X-59 program — the one where it’s developing a modern supersonic aircraft that proves the viability of lessening the traditional supersonic “boom” to a mere supersonic “thump,” in order to show that supersonic commercial passenger flights over land could be a real thing. The agency has already developed and flight-tested an innovative eXternal Vision System (XVS), which replaces a traditional transparent windshield to provide the X-59 pilot with a view as they fly, and now they’re subjecting that system to a high-frequency shake test to ensure it’s rigorous enough to work under the typical range of in-flight conditions.

The XVS has actually already flown — last August, it was loaded aboard a decidedly non-supersonic aircraft (the Beechcraft King Air UC-12B to be exact), which let the team working on the system show that it could do everything they needed it to in terms of providing pilots with real-time visibility of the air in front of them. Those tests showed that the XVS theory, technology and implementation all worked as intended, through use and feedback from real test pilots, but they didn’t show that the XVS hardware was able to withstand the kinds of stresses it might encounter when loaded in a fully built X-59 that’s flying faster than the speed of sound.

Obviously, NASA doesn’t want to wait until the X-59’s first flight to figure out if the XVS can handle said flight. That’s why things like the shake testing it’s doing now are so important. The shake test will expose the VS computer, displays and cameras to the kinds of vibrations it would experience during a typical flight. This is technically “pre-qualification” testing, which just means that it’s not supposed to strain the equipment to any extremes just yet. Provided everything goes to plan with this round of vibration tests, the next step will be qualification testing — in which the equipment will indeed be tested to its failure point on purpose.

All of this is prelude to the XVS being installed on the X-59 itself (there will still be temperature and altitude testing before that happens, though) and eventually, flying the aircraft. That’s when NASA hopes to show that the technologies it has developed in building the X-59 could usher in an entirely new era of commercial air travel — one in which supersonic planes regularly zip across populated stretches of land without scaring the crap out of the people on the ground.