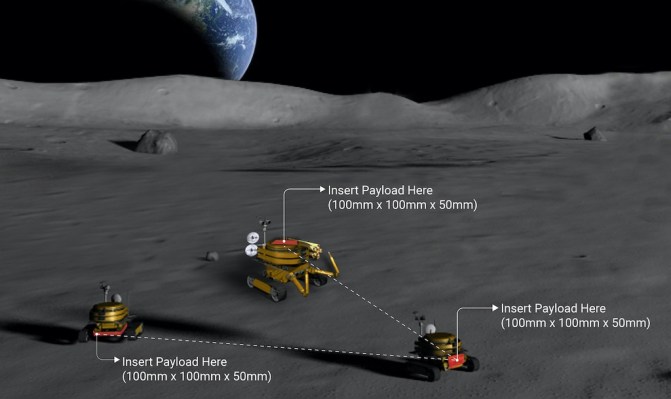 NASA’s Jet Propulsion Laboratory is seeking ideas from the public around what kind of scientific equipment they could use to outfit tiny lunar rovers to help with Artemis and other Moon missions. The call, issued via crowdsourcing platform HeroX and called ‘Honey, I Shrunk the NASA Payload’ in a very contemporary nod to a movie that came out 31 years ago, seeks payloads with maximum dimensions of no more than 4″ x 2″, or “similar in size to a new bar of soap.”

Why the need for instruments so small? NASA wants to be able to perform the kind of science that has, in the past, required large launch vehicles, large orbiters and large launch vehicles, but with much greater frequency and at much lower costs than has been possible before. In order to pave the way for long-term lunar human presence and eventual habitation, NASA says it needs “practical and affordable ways to use lunar resources,” in order to defray the costs of resupply missions – already an expensive undertaking when just traveling to the International Space Station in Earth’s orbit, and astronomically more so when going as far afield as the Moon .

The goal is for these to be pretty much immediately available for service, with the hope that they can be shipped out to the Moon over the course of the next one to four years. JPL is looking to tap the expertise and experience of the global community to see what’s possible with existing materials and technologies, and while this idea challenge is primarily about concept phase designs (with $160,000 in prize money payouts available), the longer-term goal is to use it as a jumping off point for a pipeline of actual tech that will be incorporated into future rovers and sent on lunar missions.

Taking part in the challenge is fairly easy, and you actually retain all rights to anything you submit in terms of IP, with the proviso that if you make it to the finals, you have to sign a new agreement in which you also grant the U.S. government essentially a perpetual, royalty-free license to use your creation in whatever way they deem appropriate.

If you think you’ve got an idea about how to miniaturize environmental sensors and data gathering equipment for use on what amounts to a space Roomba, there’s probably no better opportunity to contribute to NASA’s deep space exploration efforts – short of landing a JPL gig, which might happen if your idea is good enough.