NASA awards $43.2M to Blue Origin, SpaceX and others for tech to take us to the Moon and Mars 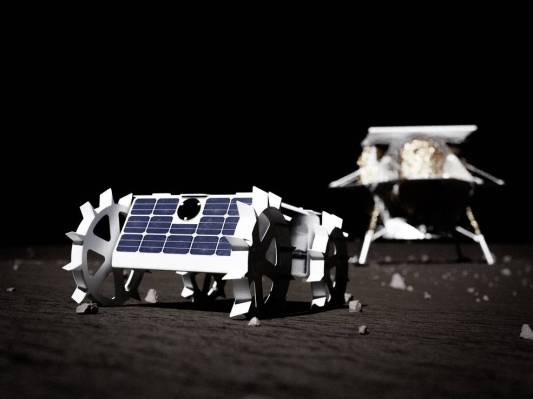 NASA has announced the total funding it will distribute to the 14 companies it’s chosen to work with on developing key, innovative technologies that will be instrumental in helping get the agency to the Moon through the Artemis program, and potentially to Mars and beyond later on.

The U.S. space agency is awarding $43.2 million to the companies, in varying amounts ranging from $1.3 million to as much as $10 million (going to Blue Origin) for the most lucrative contract.

Blue Origin will be using its $10 million to develop a ground-based demonstration of liquefying hydrogen and oxygen, and storing the resulting liquid. This will demonstrate the viability of producing and storing liquid rocket propellant on the Moon, and will be a key step toward the development of a Moon-based propellant production plant.

Meanwhile, SpaceX will be working with NASA Marshall Space Flight Center in Huntsville, Alabama to build nozzles that will be used in spacecraft refueling operations. This tech will be crucial to SpaceX’s Starship, which Elon Musk said on Saturday will need to refuel ship-to-space tanker in orbit in order to load in enough propellant post Earth-based launch to make the rest of the trip to the Moon and Mars. NASA awarded SpaceX $3 million to support this project.

Astrobotic is working with Carnegie Mellon University with a $2 million investment from NASA in order to develop and build small rovers that can carry light payloads and work in tandem with large landers. These would act like advance scouts to work on researching and readying landing and base sites on the Moon. The concept illustration above depicts one of these proposed rover designs.

For the full list of projects, and the amount awarded to each, check out the official NASA announcement of the Tipping Point partnerships.