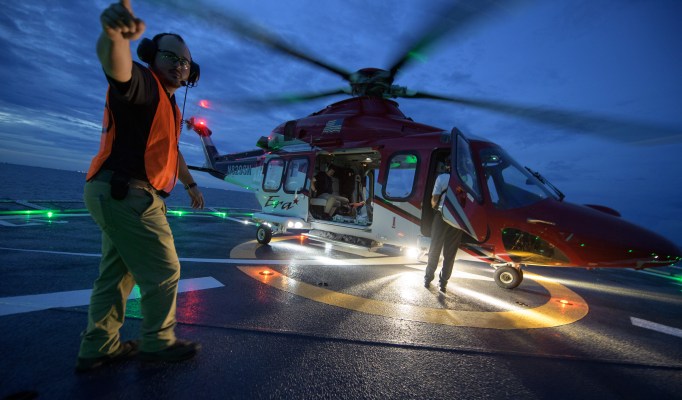 NASA and SpaceX continue their joint preparations for the eventually astronaut crew missions that SpaceX will fly for the agency, with a test of the emergency evacuation procedure for SpaceX’s GO Searcher seaborne ship. The ship is intended to be used to recover spacecraft and astronauts in an actual mission scenario, and the rehearsals this week are a key part of ensuring mission readiness before an actual crewed SpaceX mission.

Photos from the dress rehearsal, which is the first coordinated end-to-end practice run involving the full NASA and SpaceX mission teams working in concert, saw NASA astronauts Doug Hurley and Bob Behnken don SpaceX’s fancy new crew suits and mimic a situation where they needed to be removed from the returned Crew Dragon spacecraft and taken to Cape Canaveral Air Force Station from the GO Searcher by helicopter.

By all accounts, this was a successful exercise and seems to have left parties on both sides happy with the results. Check out photos released by NASA of the dry run below.

SpaceX and NASA continue to work towards a goal of launching Crew Dragon’s first actual crewed flight this year, though they’ve encountered setbacks that make that potentially impossible, including the explosion of a Crew Dragon test vehicle during a static test fire in April.