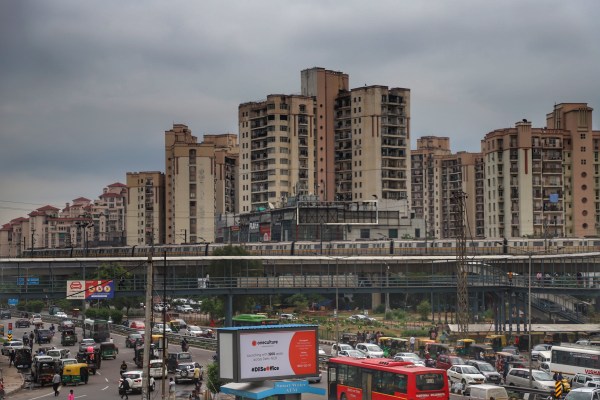 MyGate, a Bangalore-based startup that offers security management and convenience service for guard-gated premises, said today it has bagged more than $50 million in a new financing round as it looks to expand its footprint in the nation.

The startup says it is operational in 11 cities in India and has amassed over 1.2 million home customers. Its customer base is increasing by 20% each month, it claimed. The service is handling 60,000 requests each minute and clocking over 45 million check-in requests each month.

The idea of MyGate came after its co-founder and CEO, Vijay Arisetty, left the Indian armed force. In an interview with TechCrunch, he said his family was appalled to learn about the poor state of security across societies in India.

“This was also when e-commerce companies and food delivery firms were beginning to gain strong foothold in the nation. This meant that many people were entering a gated community each day,” he said.

MyGate has inked partnerships with many e-commerce players to create a system to offer a silent and secure delivery experience for its users. The startup also trains guards to understand the system.

According to industry estimates, more than 4.5 million people in India today live in gated communities, and that figure is growing by 13% each year. The private security industry in the country is a $15 billion market.

Arisetty says he believes the startup could significantly accelerate its growth as its solution understands the price-sensitive market. Using MyGate costs an apartment about Rs 20 (28 cents) per month. Even at that price, the startup says it is making a profit. “Today, we are seeing more demand than we can handle,” he said.

That’s where the new funding would come into play for the startup, which today employs about 700 people.

The startup plans to use the fresh capital to expand its technology infrastructure, its marketing and operations teams and build new features. The startup aims to reach 15 million homes in 40 Indian cities in the next 18 months.

In a statement, Sanjay Swamy, managing partner at Prime Venture Partners, said, “It’s been great to see a fledgling startup execute consistently and holistically, and grow into a category-creating market-leader.”