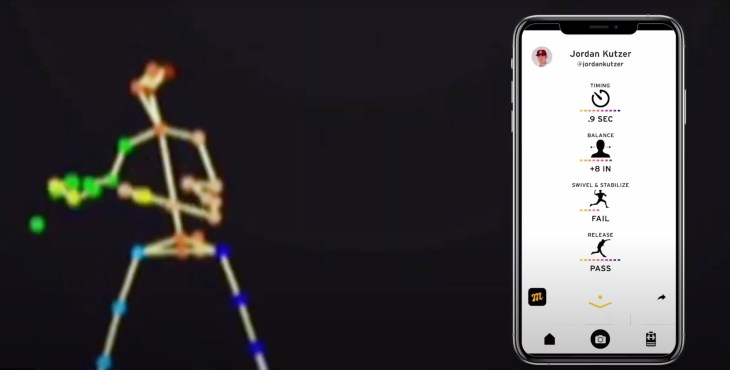 Athletic coaching is a massive, multi-billion-dollar industry. No surprise, really, given the massive revenue some top athletes are able to generate. Mustard is working to supplant — or at least augment — some of that pricey coaching with the launch of a new mobile app designed to analyze an athlete’s mechanics and offer corrective tips to help them improve.

The company was co-founded by Tom House, a former reliever whose coaching career has earned him the reputation as one the “father[s] of modern pitching mechanics.”

“Too many kids miss out on the power of play and the many physical and mental benefits of sports—studies show that 70% of kids stop playing sports by the age of 13 due to cost and lack of access to quality coaching. Mustard offers every kid access to the same coaching programs and extensive biomechanical analysis used by the best athletes in the world, and the same personalized training protocols that I use with the Hall of Famers I see in person,” House says in a release tied to the news. “We want to make elite personalized coaching accessible to all.”

Mustard announced this week that it has raised $1.7 million to improve its tool, led by Shasta Ventures and Intersect VC, along with a number of angel investors, including David Novak and Mike Dixon, and all-star athletes Nolan Ryan and Drew Brees. Ryan, in fact, has become one of the main faces of the company, gracing its home page, along with a color scheme that appears inspired by his days with the Astros.

The name isn’t great. It’s a reference to the phrase “put some mustard on it” — which refers to the act of adding a bit of an edge to a throw.

The app is opening up for a limited, free public beta, focused solely on baseball to start. “The product will be entirely free at first,” CEO Rocky Collins tells TechCrunch. “Over time, we will add premium features for a low monthly subscription. Even when premium features are added, we plan to continue to offer a free version of the app that offers tremendous value to users.”

The system relies on the smartphone’s camera and then uses proprietary AI algorithms to monitor the player’s motion and approximate human athletic coaching. For the baseball side of things, the company has employed engineers from Major League Baseball Advanced Media (MLBAM). Future sports will be added at some point down the road.