When Jurgen Klopp coughed up £35 million to sign Mohamed Salah from Roma, more than a few eyebrows were raised.

After he flopped at Chelsea, many felt that Salah simply couldn’t cut the mustard in England. Klopp, ever the optimist, disagreed.

Salah made no secret of just how determined he was to banish the ghosts of that miserable Chelsea spell–and boy did it show.

His first season at Anfield was nothing short of a coronation. The Egyptian King made the Premier League his playground, finding the net with terrifying ease and driving his new side towards the promised land of the UEFA Champions League final. Watch the video: 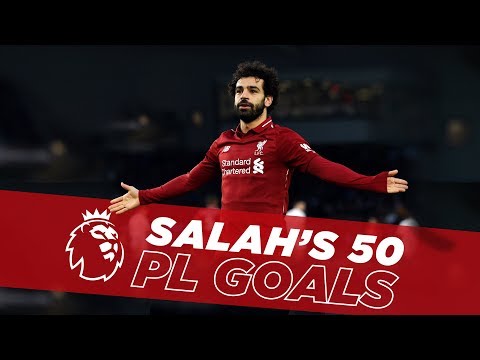 Salah netted 44 times in all competitions that season, the Premier League scoring record fell, he won the Golden Boot, a Puskas award followed, and he was named the PFA Player of the Year.

Could He Ever Be That Good Again?

In a way, that scintillating first season proved to be a bit of a problem for Salah. However hard he tried, whatever followed, it may never match-up, and the growing doubters made their voices heard.

He still won a Golden Boot in his second season, the Champions League as well. In combination with Sadio Mane and Roberto Firmino, he took Liverpool to within a hair-breadth of their first Premier League title ever, but still, doubts seemed to linger.

As Salah roared shirtless in front of the adoring Kop after scoring against Manchester United, Liverpool fans finally believed that it was their year.

That stoppage-time goal against Manchester United was the straw that broke the camel’s back, and it was Salah who scored it.

The Reds would cruise to the first title in three decades, racking up 99 points. Salah would once again finish as their top scorer.

It can be argued that Salah is criminally underrated in England, but is claiming he is better than Cristiano Ronaldo justified?

In 196 Premier League games for United, Ronaldo netted 84 times while notching up 34 assists. He was also slapped with 27 yellow cards and four red.

He set the Premier League alight and remains the darling of the Old Trafford faithful, years after his departure.

Now, Salah stands on the brink of surpassing him.

In just 123 games, Salah has a whopping 78 goals to go with his 29 assists. That leaves him just 11 goal contributions behind Ronaldo in 73 games less.

With the way he has started this season, looking more determined than ever and scoring a hat trick on opening day, Salah looks poised to gallop past Ronaldo and over the horizon.

He was edged out only by Alan Shearer, Ruud Van Nistelrooy, and Andy Cole in the fastest to 50 goals category.

Ronaldo was out of this world, yes, but the statistics speak for themselves. Salah has been better in England than Ronaldo ever was.

Gary Neville Believes Best Is Yet to Come

Four years ago, when he first came to Liverpool and he got those 40-odd goals, I thought, ‘That’s a freak. He won’t be able to live with that.’

But then he consistently produces over a period of two or three years.

If I look at him as an outsider I’m thinking that he is an absolute killer on the pitch.

A killer, indeed. We can’t wait to see what Salah is capable of this season.