Rolling Stones frontman Mick Jagger blasted President Donald Trump while presenting his film The Burnt Orange Heresy at the Venice Film Festival Saturday, accusing him of wiping out environmental controls and feeding into polarization across the board.

The “Paint It Black” singer told the crowd that the U.S. is shirking its duty in leading the environmental movement across the globe and placed the blame squarely on the Trump administration.

“We are in a very difficult situation at the moment, especially in the U.S., where all the environmental controls that were put in place — that were just about adequate — have been rolled back by the current administration so much that they are being wiped out,” the 76-year-old rocker said, according to The Hollywood Reporter. 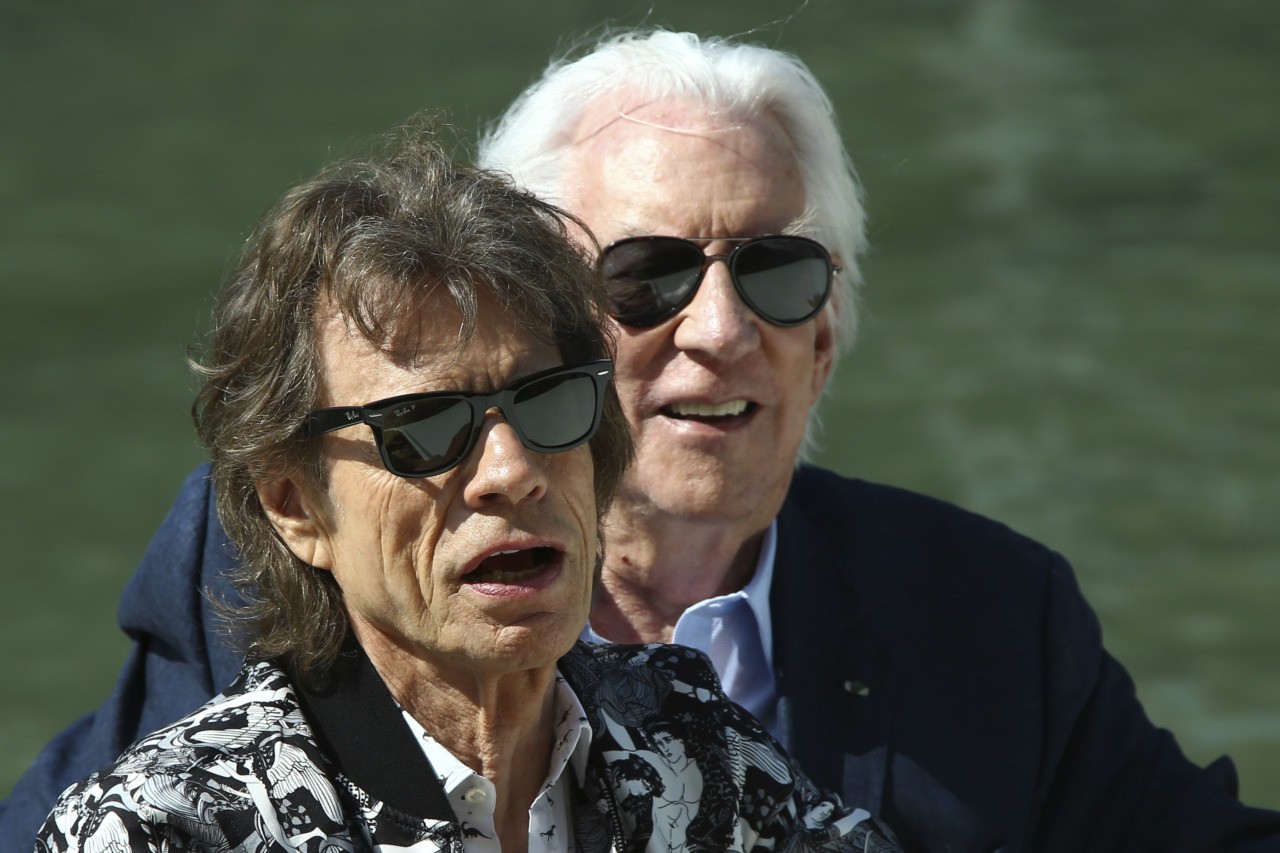 Actors Mick Jagger, left, and Donald Sutherland pose for photographers upon arrival for the photo call of the film ‘The Burnt Orange Heresy’ at the 76th edition of the Venice Film Festival in Venice, Italy, Saturday, Sept. 7, 2019. (Joel C Ryan/Invision/AP)

“The U.S. should be the world leader in environmental control but now it has decided to go the other way,” Mick Jagger continued, adding that he is “absolutely behind” the recent efforts of climate change activists.

“I’m absolutely behind that,” Jagger said. “I’m glad they’re doing that because they’re the ones who are going to inherit the planet.”

Donald Sutherland, Jagger’s co-star, agreed, suggesting that the Trump administration is playing a part in “ruining the world.”

“Mick is right when he said the reforms that were instituted during the Obama administration were barely adequate, and now they’re being torn about,” the Hunger Games actor said.

“When you’re my age, when you’re 85 years old and you have children and grandchildren, you will leave them nothing if we don’t vote those people out of office in Brazil in London in Washington,” Sutherland said. “They are ruining the world. We have contributed to the ruination of it, but they are ensuring it.”

Jagger also decried the “incivility of political life” in the U.S. and around the world.

“I’m not sure I was always against civility, but when you see it now the incivility of political life which we see in so many countries including my own, especially this last week— and in other countries, particularly the U.S.— when you see this, it’s a bit of a sea change from what you were used to,” he said.

“I don’t mean that manners are everything. But the combination of all these things, where it’s going to lead us … polarization, rudeness and lying,” he added.