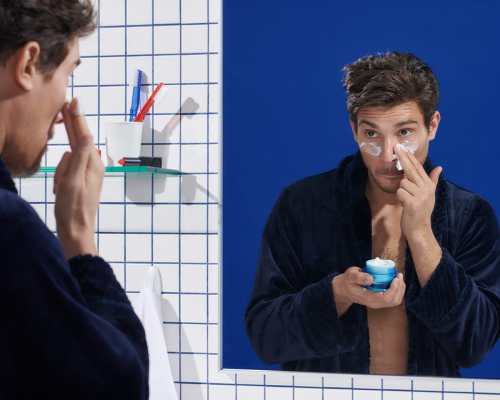 Huron founder and CEO Matt Mullenax is hoping to build a big business around body wash.

“For us, the broader mission is A+ personal care for guys everywhere — not just guys in New York or guys in the Bay Area or guys in Los Angeles,” he said.

Mullenax told me he became interested in this market after working as a finance and operations analyst at Bonobos, where he “fell in love with the [direct-to-consumer] model.” He also said he has personal experience with bad skin, but “couldn’t justify paying $75 a month for face wash.”

So the goal at Huron is to create products that can stack up against “brands on the shelves at Bloomingdale’s, Neiman Marcus or Nordstrom,” but without the costs and price markup associated with a big department store. The initial lineup includes body wash ($14), face wash ($14) and face lotion ($15), with plans for more products soon.

Consumers can buy Huron products individually, as part of a larger kit or via subscription. Mullenax said the Huron website is designed to be friendly and educational for men who don’t know a lot about personal care, but at the same time it doesn’t isn’t “forcing this guy into a subscription mechanism,” and instead allowing them “come to the site and just transact on a bottle of bodywash.”

As for the broader competitive landscape — which includes companies that started with razors or cologne but have broader ambitions in men’s personal care — Mullenax said, “The industry is becoming increasingly competitive, and it it should be, it’s a huge category.”

He argued that the market has room more than just “one winner or two winners or five winners.” And in his view, Huron will be set apart with its “ability to create a brand with a tone of voice that resonates, with products that work, at a price point that makes senes for this guy.”