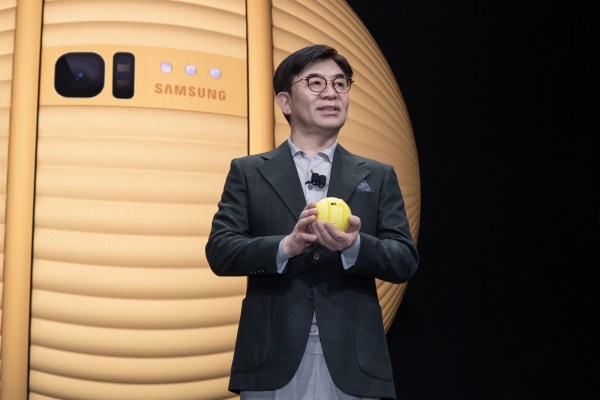 This time last year, we asked the question: is Samsung getting serious about robotics. I’m not sure we’re that much closer to an answer, but tonight’s CES keynote pointed to a company that clearly wants to convince us of as much. Though much like the demos shown off last year, tonight’s devices were concepts — indications of what a Samsung could bring to market if it was determined to do so.

The headliner is Ballie (pronounced Ball-E). Still very much a concept, the device is Samsung’s take on Aibo. Instead of a robot dog, however, the “life companion robot” is simply a rolling ball designed to help out around the house. The robot, “understands you, supports you, and reacts to your needs..”

There’s not a ton of info about the robot, but it clearly has a camera on the front from navigating around the home. It utilizes on-device AI to perform a series of (mostly unannounced) tasks, including home security and fitness. 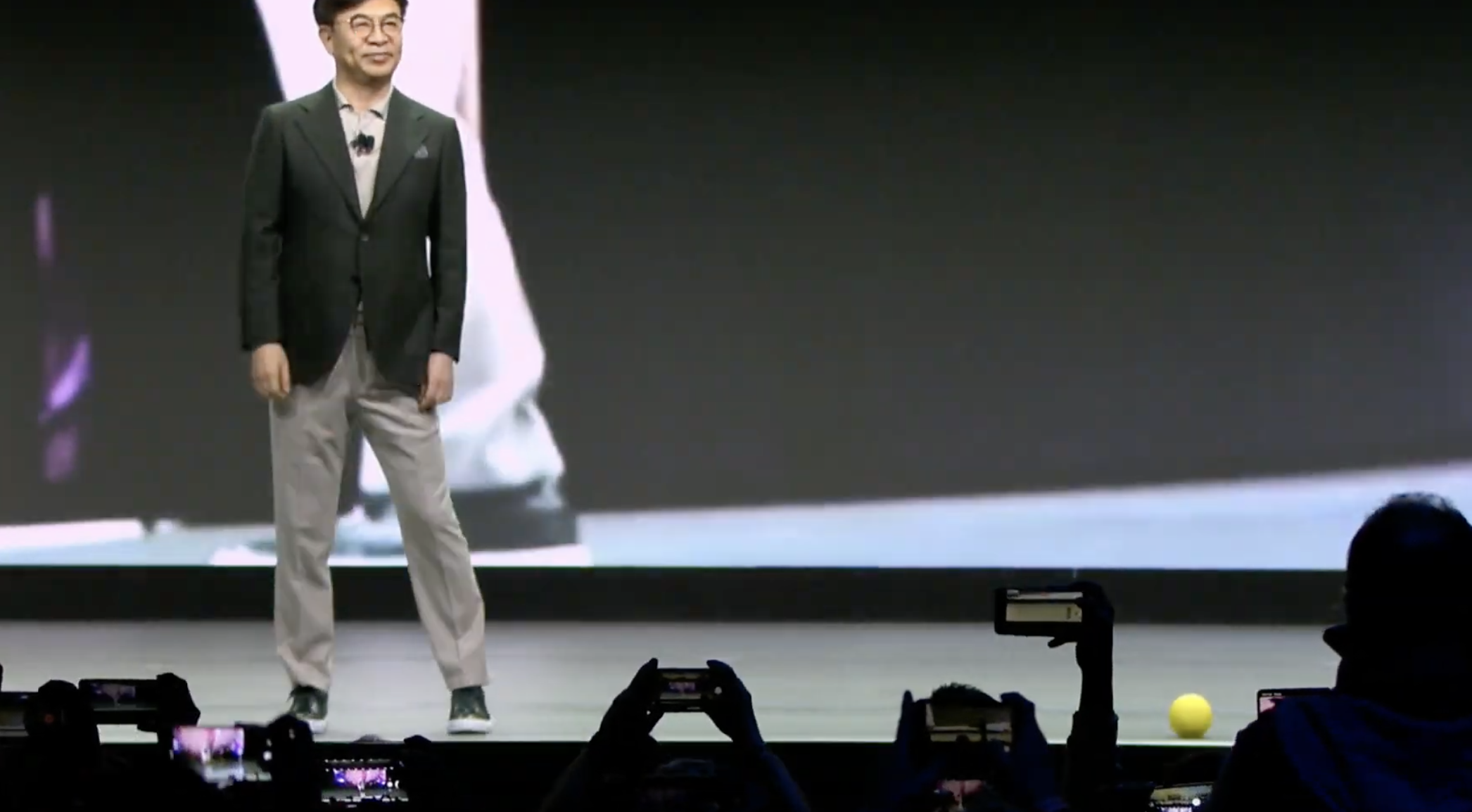 “We believe AI is the future of personalized care,” EVP Sebastian Seung said in a release. “We see on-device AI as central to truly personalized experiences. On-device AI puts you in control of your information and protects your privacy, while still delivering the power of personalization.”

The on stage demo mostly consisted of Ballie following CEO H.S. Kim around the stage and coming while called. Asked to say “hi,” the robot ball let out a kind of R2D2-style sound effect. A quick demo video, meanwhile, had Ballie communicating with various smart home features and interacting with the family dog. Once the pup made a mess, Ballie triggered the robot vacuum to clean it up. 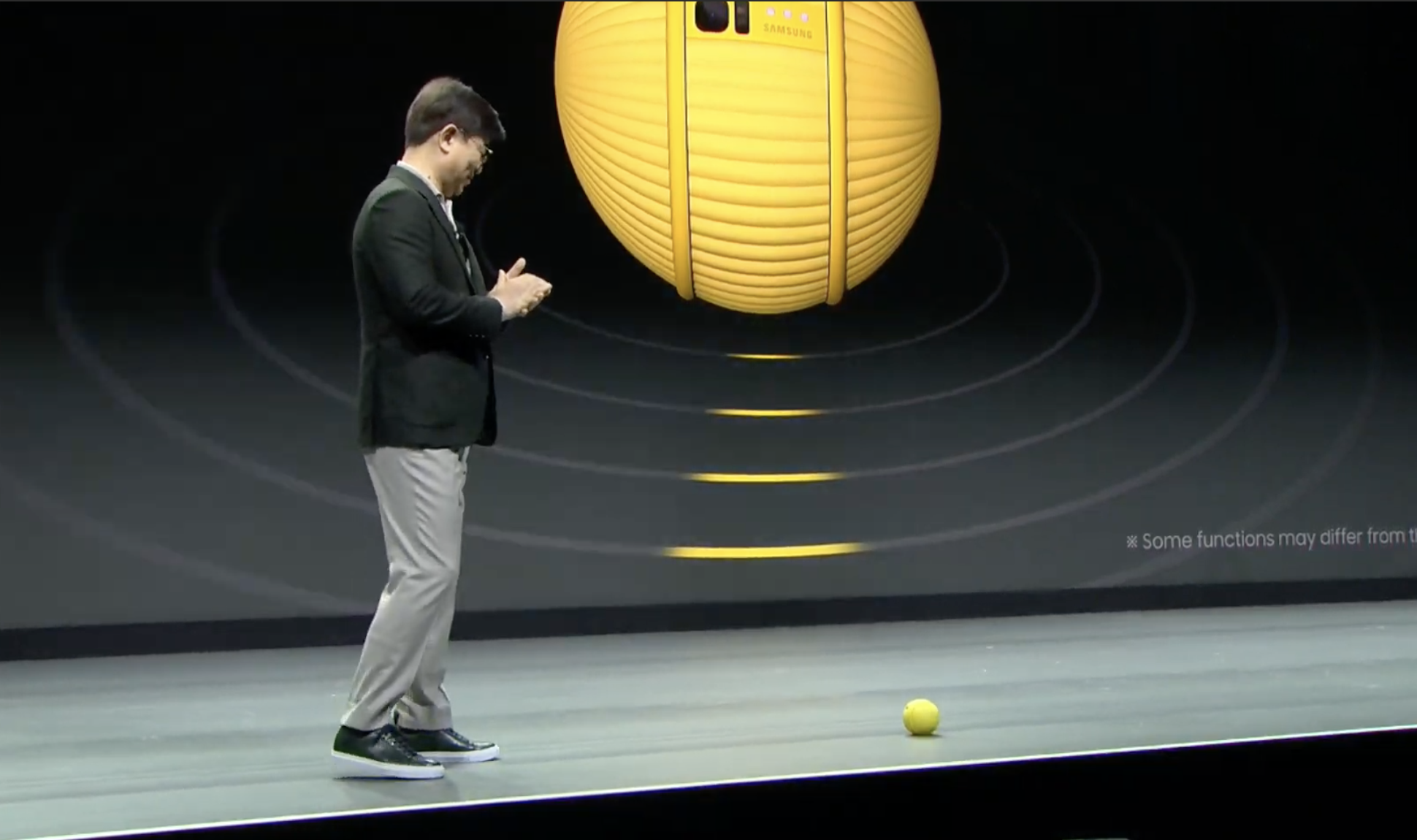 Still very much a concept, there’s no word when — or even if — Ballie might come to market. At this point, Samsung mostly just wants us all to know that it’s working on it. That said, the underlying technology here certainly seems far more realistic that the devices it showed off on stage this time next year.