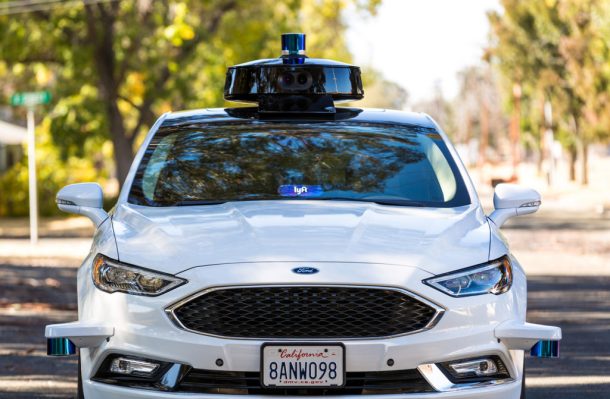 Lyft’s Level 5 program said Tuesday some of its autonomous vehicles are back on the road in Palo Alto and at its closed test track. The company has not resumed a pilot program that provided rides to Lyft employees in Palo Alto.

The company said it is following CDC guidelines for personal protective equipment and surface cleaning. It has also enacted several additional safety steps to prevent the spread of COVID. Each autonomous test vehicle is equipped with partitions to separate the two safety operators inside, the company said. The operators must wear face shields and submit to temperature checks. They’re also paired together for two weeks at a time.

Lyft’s Level 5 program — a nod to the SAE automated driving level that means the vehicle handles all driving in all conditions — launched in July 2017 but didn’t starting testing on California’s public roads until November 2018. Lyft then ramped up the testing program and its fleet. By late 2019, Lyft was driving four times more autonomous miles per quarter than it was six months prior.

Lyft had 19 autonomous vehicles testing on public roads in California in 2019, according to the California Department of Motor Vehicles, the primary agency that regulates AVs in the state. Those 19 vehicles, which operated during the reporting period of December 2018 to November 2019, drove nearly 43,000 miles in autonomous mode, according to Lyft’s annual report released in February. While that’s a tiny figure when compared to other companies such as Argo AI, Cruise and Waymo, it does represent progress within the program.

Lyft has supplemented its on-road testing with simulation, a strategy that it relied on more heavily during COVID-related shutdowns. And it will likely continue to lean on simulation even as local governments lift restrictions and the economy reopens.

Simulation is a cost-effective way to create additional control, repeatability and safety, according to a blog post released Tuesday by Robert Morgan, director of engineering, and Sameer Qureshi, director of product management at Level 5. The pair said simulation has also allowed the Level 5 unit to test its work without vehicles, without employees leaving their desks and, for the last few months, without leaving their homes. Level 5 employs more than 400 people in London, Munich and the United States.

Using simulation in the development of autonomous vehicle technology is a well-established tool in the industry. Lyft’s approach to data — which it uses to improve its simulations — is what differentiates the company from competitors. Lyft is using data collected from drivers on its ride-hailing app to improve simulation tests as well as build 3D maps and understand human driving patterns.

The Level 5 program is taking data from select vehicles in Lyft’s Express Drive program, which provides rental cars and SUVs to drivers on its platform as an alternative to options like long-term leasing.