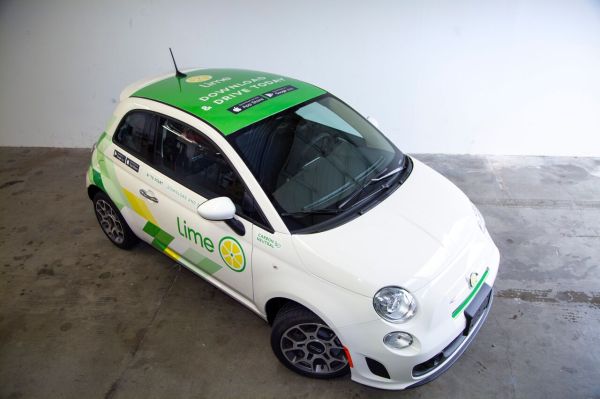 Transportation startup Lime is shutting down LimePod, its car-sharing service that it launched last November in Seattle. Lime plans to start removing its vehicles from the streets of Seattle next month and will completely shut down the service by the end of the year. The news was first reported by GeekWire.

Lime has operated a pilot program in Seattle since last year and is set to conclude at the end of the year. Throughout the program, more than 18,000 people took more than 200,000 trips in LimePods, according to a Lime spokesperson. At launch, the plan was to explore carsharing for short distances and eventually replace its vehicles with an all-electric fleet. Lime, however, is not looking to make LimePods a permanent fixture of the city at this point.

“While the program was a great learning experience, at our core, we are an electric mobility company first,” Lime wrote in an email to LimePod users. “We are committed — like Seattle is — to sustainability, lower carbon emissions, and to make cities more livable, all of which require reduced car travel.”

Additionally, Lime said it was not able to find the right partner for its LimePod’s electric fleet, which led to the decision to end the program at the end of the pilot period.

“We deeply appreciate our partnership with the Seattle community and the opportunity to collaborate on our LimePod Pilot Program,” a Lime spokesperson told TechCrunch. “The experience is a testament to the city’s forward-looking position on the future of transportation and the necessity of sustainable options for citizens. We are similarly committed to that goal and the information gained during our pilot will support the work necessary should we decide to expand and improve this service with an all-electric fleet in the future.”

Lime, which got its beginnings as a bike-share company, has deployed its scooters and bikes in more than 100 cities in the U.S. and more than 20 international cities. Recently, Lime hit 100 million rides across its micromobility vehicles. Clearly, Lime sees more of a future with shared bikes and scooters than it does with cars.

Earlier this year, Lime raised a $310 million Series D round led by Bain Capital Ventures and others. That round valued the startup at $2.4 billion.