Kourtney Kardashian was once the “woke” Kardashian sister. Now, the 41-year-old is besties with 19-year-old TikTok star Addison Rae, who has a history of anti-BLM comments.

Kourtney Kardashian is a performative activist. That isn’t particularly newsworthy. What’s newsworthy is how she has, once and for all, demonstrated that she’s just woke for the clicks.

The eldest Kardashian sister has a new bestie:

Who is it? Addison Rae, the TikTok star with a disappointing history of comments about the Black Lives Matter movement.

Of All the TikTok Stars Kourtney Kardashian Could Befriend, She Chose That One?

Last month, the second most followed TikTok star’s old racist tweets resurfaced. These tweets included “blackfishing” – where Rae acted like she was Black, in a stereotypical way – and liberal use of the N-word. Rae’s response was to remain silent.

Watch the video below for more details: 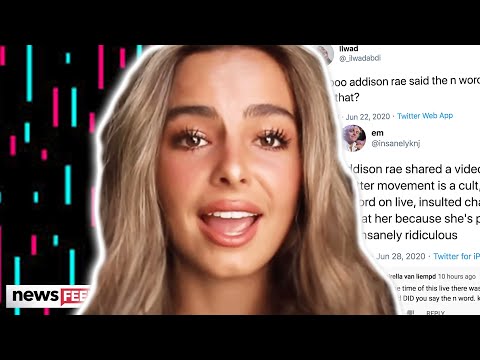 Then, as the Black Lives Matter movement reached a fever pitch, an old “All Lives Matter” video Rae had shared gained renewed significance. The TikTok celebrity again remained silent until the social media outcry proved too much to bear.

(Her eventual apology was little more than a basic, publicist-scripted response.)

With this baggage, the question is unavoidable: What is Kourtney Kardashian thinking with her we’re totes besties antics?

Ever Get the Feeling You’ve Been Cheated?

According to Rae, she became friends with Kourtney Kardashian because Mason Disick – Kardashian’s son with Scott Disick – likes her videos on TikTok.

They’ve apparently been friends for a while. Kourtney even appeared in one of Rae’s “A Day in the Life” features earlier this month. Watch it below: 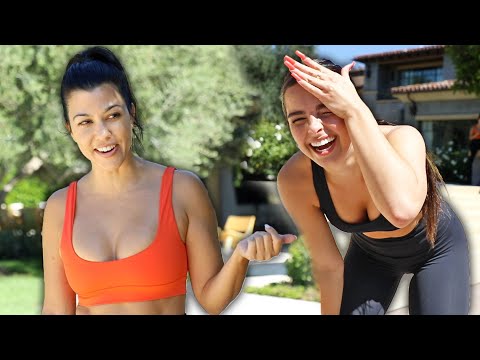 Because, you know, nothing says “you look like you’d be a good friend” like performing ridiculous dances for children to enjoy – while avoiding taking accountability for your past anti-BLM stance.

Oh, and let’s not forget that Kardashian is in her 40s, while Rae is 19 years old – literally young enough to be Kardashian’s daughter. Totes bestie material indeed!

Nobody should be surprised that Kourtney Kardashian only pretended to be “woke” because it was the hot thing to do at the time. And yet it’s still disappointing that clicks, followers, and engagement appear to be more important to the Kardashian family than basic human dignity and equal rights for Black lives.