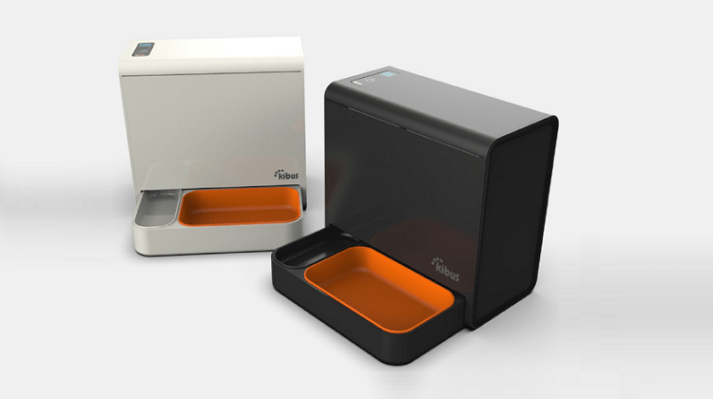 In a pitch during a recent meeting at Brinc’s Hong Kong headquarters, the Barcelona-based team behind Kibus Petcare was quick to point out that most millennials consider pets “a member of the family.” That sort of statement manifests itself in various ways, of course, but for many, that means preparing home cooked meals for their dogs and cats.

As a rabbit owner myself, that fortunately mostly just means rinsing off some arugula in the sink once a day. For those other pet owners, however, the prospect is a fair bit more complex, putting the same or even more work into prepping meals for their furry companions.

The pitch behind Kibus is an attempt to split the difference. The company’s appliance is designed to offer something like a home cooked meal for a dog or cat with a fraction of the required effort. The system accepts plastic cartons filled with freeze dried pet food. Pour in some water and the system will heat it up, cooking the foodstuffs in the process.

The company is going to be launching a Kickstarter campaign to sell the product, which is currently in prototype form. At launch, it will run around €199. That initial version will include user refillable pods, but in the future, they company plans to limit these to the pre-made variety, clearly going after a kind of ink cartridge approach to monetizing the system.

The pods will work out to around €1 a day, with the machine rationing out food to pets one to five times a day. Each should last about a week for an average pet, or somewhere in the neighborhood of three days for the largest dog. To start, the company is offering up five different food options (two for cats, three for dogs), with more coming down the road.

Users can monitor the system remotely and program in the sound of their own voice to call the pet over when it’s feeding time. The second version of the device will also include a camera for monitoring pets from afar.