Expectations around higher inflation should, in theory, catalyze another gold rally. All eyes are on Jerome Powell.

On August 27, Federal Reserve Chairman Jerome Powell will speak about “average inflation” during a virtual conference. Strategists anticipate the Fed will allow inflation to rise higher than usual, which should theoretically catalyze gold.

After achieving a new all-time high at $2,075 on August 6, the gold price has declined by 7.1%. Some strategists say gold investors are not expecting significant policy changes from the Fed.

Some Argue Inflation Hasn’t Boosted Gold. Will It This Time?

When the economy prospers, the rate of inflation typically rises as the cost of living increases. A drop in inflation, as seen in several major economies in the past like Japan, signals an economic slump.

To avoid further economic decline as a result of the pandemic, the Fed might “seek a moderate inflation overshoot.” Evercore ISI’s head of global policy Krishna Guha explained:

Heading into Jackson Hole we are confident Chair Powell will use his speech Thursday to tee up a profoundly consequential and risk-friendly move to soft inflation averaging at the Fed’s upcoming September meeting.

Haven assets like gold benefit from rising inflation as investors exchange dollars for bullion to stave off currency depreciation.

Due to the lack of correlation between gold and traditional assets, rising inflation could translate to a spike in bullion demand. As such, analysts attribute gold’s rally to growing concerns about inflation.

But Citi economists said earlier this month that gold might not be rallying because of inflation:

The monetary theory of inflation has been replaced by labor and product market micro theories, and market pricing of inflation risk is low. So Gold is not presaging inflation.

According to DailyFx’s strategist Ilya Spivak, the gold market’s pullback represents low expectations about any significant shift in Fed policies:

We have seen a pullback in gold since the beginning of the month around the sense that may be the Fed is not going to do much in terms of expanding its policy tool kit.

Strategists say the Fed would have to show more than words for the markets to believe in rising inflation.

Once inflation rates begin to rise, then the gold market could react. Until then, analysts expect a cautious stance from investors.

Actions are going to speak louder than words. The market’s going to have to see them not hike interest rates even as unemployment gets much lower before they’ll believe it.

Omega Advisors CEO explains the policy of the Federal Reserve. Watch the video below. 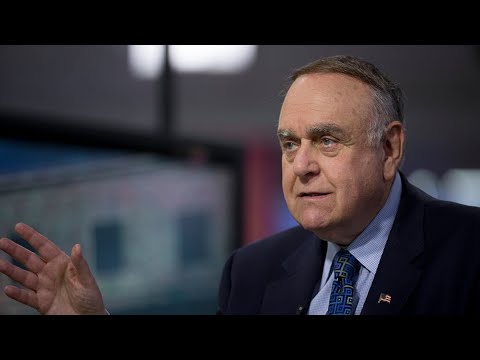 Clueless Paul Krugman claims gold is not rising due to inflation fears but because bond yields are so low. But bond yields are only so low because the Fed is inflating the money supply to buy bonds. So, inflation explains both the fall in bond yields and the rise in gold prices.

For now, the sentiment around gold in anticipation of the Fed’s virtual conference appears mixed. Some believe that the markets might not react until inflation rates increase.

Others predict that the expectations of inflation alone might be enough to fuel a gold rally.

Disclaimer: The opinions expressed in this article do not necessarily reflect the views of CCN.com and should not be considered investment or trading advice from CCN.com. The author holds no investment position in the above-mentioned securities.