It looks like TikTok has acquired Jukedeck, a pioneering music AI UK startup 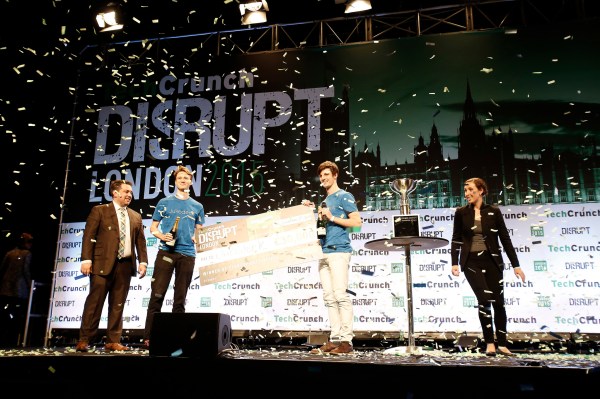 A key change is in the works for Jukedeck, a pioneering AI startup out of the UK which was building technology to create music using AI — including the ability to interpret video and automatically set music to it. The London company has reportedly been acquired by hot social media music startup TikTok, owned by China’s Bytedance. Jukedeck was previously a TechCrunch London 2015 Battlefield winner.

Jukedeck had raised £2.5M, largely from Cambridge Innovation Capital, but also included investors Parkwalk Advisors, Backed VC and Playfair Capital who were the most recent investors.

Founder and CEO Ed Newton-Rex changed his LinkedIn profile recently to say he was now working for TikTok’s parent company Bytedance as director of its AI Lab since April this year, according to industry news outlet Music Ally (ironically also the name of the app that Bytedance acquired and merged with TikTok in 2017, minus a space and with a period).

Newton-Rex famously rapped his pitch when he presented at TechCrunch Disrupt as a Battlefield finalist (and eventual winner):

We have reached out to Newton-Rex for confirmation, however, several of his colleagues have also now updated their LinkedIn profiles to reveal that they also all now work for Bytedance.

Jukedeck’s site is now offline and its homepage replaced by a message saying, “We can’t tell you more just yet, but we’re looking forward to continuing to fuel creativity using musical AI!” — indicating that Jukedeck’s technology for adding music to videos is likely to be used by Bytedance inside TikTok.

Newton-Rex has often talked about putting the power of music composition into the hands of the masses, and TikTok clearly has scale.

The social music app has been downloaded about 80 million times in the United States, and 800 million times worldwide, according to data from mobile research firm Sensor Tower.