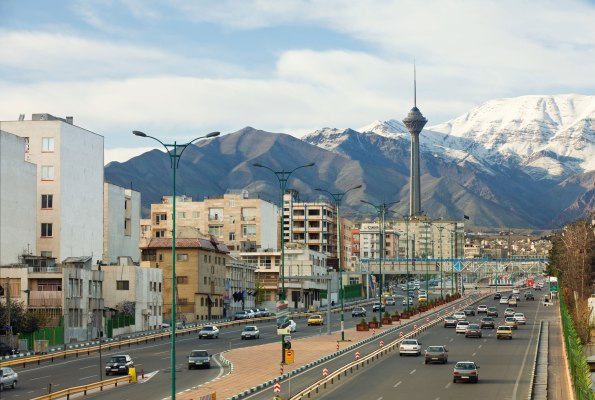 Iran, one of the countries most strongly identified with the rise cyber terrorism and malicious hacking, appears now to be using an iron fist to turn on its own. The country has reportedly shut down nearly all internet access in the country in retaliation to escalating protests that were originally ignited by a rise in fuel prices, according to readings taken by NetBlocks, an NGO that monitors cybersecurity and internet governance around the world.

As of Sunday night, NetBlocks said that the shut-down had slightly grown, to 5% of ordinary levels. Not only is fixed-internet access down, but NetBlocks notes that data connectivity for the largest mobile operators — MCI, Rightel and Irancell — are also offline.

So far, the picture looks pretty bleak. Babak Taghvaee, a defense analyst and historian who is not based in Iran who has been posting some videos of the protest skirmishes, confirms to me that his own internet communication lines with contacts have also been broken, with phones still working, albeit with monitoring from the State.

“Internet is completely shut-down and I can’t communicate [with] anyone,” he said. “People just can call abroad (just certain countries) using telephone which is being monitored.”

Currently, using Twitter as one marker, it seems that there are at least some people sending out media and messages from the country, specifically related to the protests, although without specific “messaging” against the government attached to them. This one comes from Tehran, above one of the country’s main highways, showing how traffic has backed up due to streets getting closed down:

And here is another with video from the ground, showing people and police swarming.

And of course the government is still Tweeting, too:

The protests arose in response to a decision by the state to raise the price of gas in the country by 50%.

As this AP article points out, Iran has some of the cheapest gas in the world — in part because it has one of the world’s biggest crude oil reserves — and so residents in the country see cheap gas as a “birthright.”

Many use their cars not just to get around themselves but to provide informal taxi services to others, so — regardless your opinion on whether using fossil fuels is something to be defended or not — hiking up the prices cuts right to ordinary people’s daily lives, and has served as the spark for protest in the country over bigger frustrations with the government and economy, as Iran continues to struggle under the weight of US sanctions.

Clamping down on internet access as a way of trying to contain not just protesters’ communication with each other, but also the outside world, is not an unprecedented move; it is part and parcel of how un-democratic regimes control their people and situations. Alarmingly, its use seems to be growing.

Pakistan in September cut off internet access in specific regions response to protests over conflicts with India. And Russia — which has now approved a bill to be able to shut down internet access should it decide to — is now going to start running a series of drills to ensure its blocks work when they are being used in live responses.