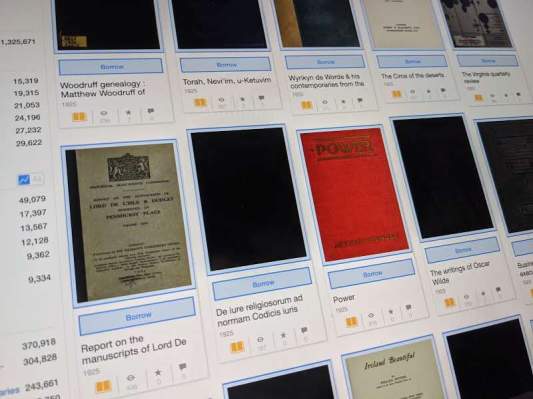 The National Emergency Library is one of those well-intentioned ideas that was destined to get pushback. The brainchild of Internet Archive, the platform made north of 1.3 million books available for checkout, free of charge. The system was designed to supplement the book needs of educators, as libraries across the country remained closed during the COVID-19 pandemic.

Book publishers, on the other hand, weren’t having it. A consortium of four publishers filed suit against Internet Archive earlier this month. “Despite the ‘Open Library’ moniker, IA’s actions grossly exceed legitimate library services, do violence to the Copyright Act, and constitute willful digital piracy on an industrial scale,” Hachette, HarperCollins, Wiley and Penguin Random House wrote in the New York federal court suit.

The threat alone was enough. Internet Archive announced today that the library will close on June 15 — two weeks ahead of the original June 30 date.

“The complaint attacks the concept of any library owning and lending digital books, challenging the very idea of what a library is in the digital world,” the organization writes. “This lawsuit stands in contrast to some academic publishers who initially expressed concerns about the NEL, but ultimately decided to work with us to provide access to people cut off from their physical schools and libraries. We hope that similar cooperation is possible here, and the publishers call off their costly assault.”

Internet Archive goes on to cite all of the educators who have taken advantage of the offering, along with a librarian who utilized it to provide front-line workers with life-support manuals. In spite of those feel-good stories, however, publishers didn’t budge. Among other things, the companies took issue with IA’s lack of licensing fees and other agreed upon restrictions like traditional libraries.

It’s a longstanding complaint publishers have had against Internet Archive, going so far as accusing the organization of “willful digital piracy on an industrial scale.” Ultimately, it seems that packing up shop a couple of weeks early was the path of least resistance, though IA closes its post with hope for some collaboration going forward, writing, “Let’s build a digital system that works.”