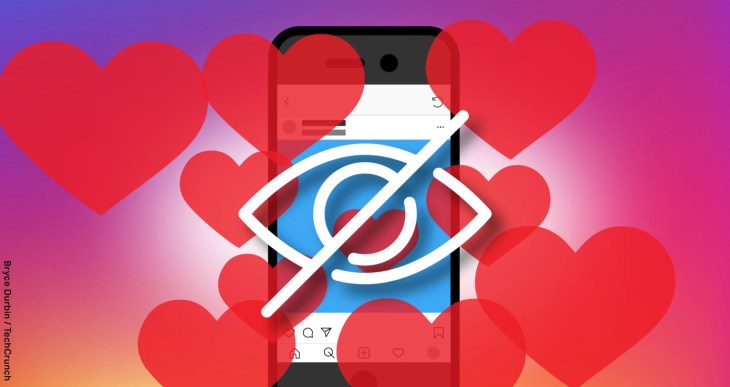 “We will make decisions that hurt the business if they help people’s well-being and health” says Instagram’s CEO Adam Mosseri. To that end, next week Instagram will expand its test of hiding Like counts from everyone but a post’s creator to some users in the United States. But there are major questions about whether the change will hurt influencers.

Instagram’s CEO explained that “The idea is to try to depressurize Instagram, make it less of a competition, and give people more space to focus on connect ing with the people they love and things that inspire them.” The intention is to “reduce anxiety” and “reduce social comparison”.

Elsewhere during the talk that also featured actor and CEO Tracie Ellis Ross, Mosseri discussed Instagram’s growing interest in shopping, and how it can provide new revenue streams to influencers. He also described Instagram’s three-pronged approach to well-being where it identifies and addresses acute problems such as hate speech, finds positions where it can lead as with fighting bullying, and rethinks fundamentals of how the platform works as with Like count hiding.

Instagram began testing this in April in Canada and expanded it to Ireland, Italy, Japan, Brazil, Australia, and New Zealand in July. Facebook started a similar experiment in Australia in September.

While it seems likely that making Instagram less of a popularity contest might aid the average user, Instagram has to be mindful that it doesn’t significantly decrease creators’ or influencers’ engagement and business success. These content makers are vital to Instagram’s success, since they keep their fan bases coming back day after day, even If  users’ friends are growing stale.

A new study by HypeAuditor reported by Social Media Today found that influencers across tiers of follower counts almost unanimously saw their Like counts fall in countries where the hidden Like count test was active. Likes fell 3% to 15% in all the countries for influencers with 5,000 to 20,000 followers.

Only in Japan, and only for influencers with 1,000 to 5,000 or 100,000 to 1 million followers did the change lead to a boost in Likes — of about 6% in both groups. Meanwhile, influencers saw the biggest loss of Likes in the Brazilian market. Those trends could relate to how users in certain countries might feel more comfortable Liking something if they don’t know who else is too, while in other nations users might rely on more herd mentality to know what to Like.

If Instagram finds the impact of the test to be too negative on influencers, it may not roll out the change. While Mosseri stated the company wasn’t afraid to hurt its own bottom line, impairing the careers of influencers may not be acceptable unless the positive impacts on well-being are significant enough.