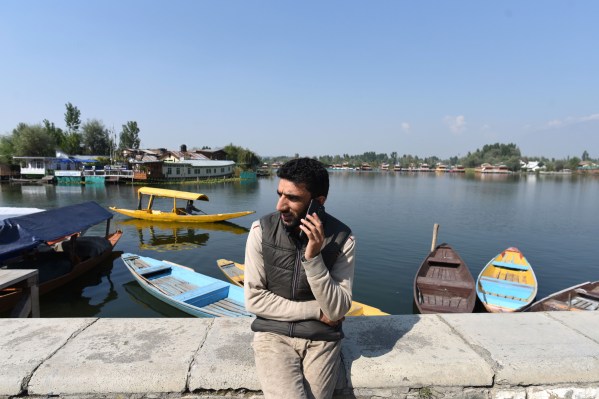 Local authorities in India-controlled Kashmir have opened a case against hundreds of people who used virtual private networks (VPNs) to circumvent a social media ban in the disputed Himalayan region in a move that has been denounced by human rights and privacy activists.

Tahir Ashraf, who heads the police cyber division in Srinagar, said on Tuesday that the authority had identified and was probing hundreds of suspected users who he alleged misused social media to promote “unlawful activities and secessionist ideology.”

On Monday, the police said they had also seized “a lot of incriminating material” under the Unlawful Activities Prevention Act (UAPA), the nation’s principal counter-terrorism law. Those found guilty could be jailed up to seven years.

The move comes weeks after the Indian government restored access to several hundred websites, including some shopping websites such as Amazon India and Flipkart and select news outlets in the disputed region. Facebook, Twitter and other social media services remain blocked, and mobile data speeds remain capped at 2G speeds.

One analysis found that 126 of 301 websites that had been unblocked were only usable to “some degree.” To bypass the censorship on social media and access news websites, many in the disputed region, home to more than 7 million people, began using VPN services.

“The Government of India has almost total control over what information is coming out of the region,” said Avinash Kumar, executive director of human rights campaign group Amnesty International India.

“While the Government has a duty and responsibility to maintain law and order in the state, filing cases under counter-terrorism laws such as UAPA over vague and generic allegations and blocking social media sites – is not the solution. The Indian government needs to put humanity first and let the people of Kashmir speak,” he urged the government.

Mishi Choudhary, a technology lawyer, said that the authority did not need to chase people who are using VPNs, and should restore internet access like any other democratic society.

“Any alleged rumors can be addressed by putting out accurate and more information through the same social media platforms. Content-based restrictions on speech can only be allowed within the restrictions established by the Constitution and not in an ad hoc manner,” she said.