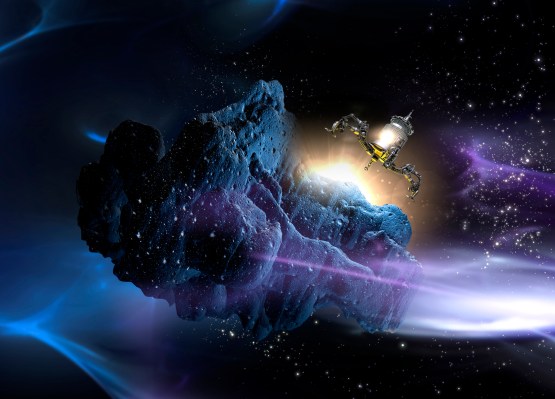 Depending on who you ask, space-based technology is past peak hype, at the beginning of its investment growth curve, or in an infrastructure-building phase akin to the railway industry in 1800s America. One emerging technology could change everything for startups and aerospace giants, however — in-space manufacturing.

One of the hard limits of building businesses in space is launching things to space. It’s a difficult problem to overcome, and the cost realities of making it happen are bound to some extent by physics, even with efficiencies made possible by new approaches from companies like SpaceX, Rocket Lab and Blue Origin.

Launching objects from Earth to space doesn’t just carry a financial burden; escaping our gravity and atmosphere is not a gentle process, and there are limits to the fragility, shape and materials that can be used in payloads delivered to orbit on a rocket, even when covered by a protective fairing.

Innovative designs like the spring-style expanding antenna developed by NSLComm for geocommunications satellites can provide workarounds for some of these limitations, but not all. But in-space manufacturing technology currently in development may have the potential to obviate both hard design and launch cost limits.

A number of companies are already developing the capability to build spacecraft, research equipment and advanced hardware in space using components and base materials transferred from Earth (much easier than transporting complex devices) and, potentially, mined locally from asteroids, planetary bodies or even decommissioned and non-functional older satellites.

“We think that in-space manufacturing, specifically, married with lower-cost access to space, along with modern electronics and computing, is the killer foundation that enables us to really break some of the constraints that we put on everything we’ve ever sent to space,” is how Made In Space CEO and President Andrew Rush put it, speaking on stage last week at annual space industry symposium the International Astronautical Congress.

Made In Space, a Mountain View-based company founded in 2010, develops and deploys in-space manufacturing technologies. In 2013, it sent the first-even 3D printer to space to demonstrate the viability of its technology, leveraging that early success into a deal with legacy space giant Northrop Grumman to develop the Archinaut, an in-space, high-precision robotic manufacturing platform which can take on tasks like building complex and highly sensitive telescopes or modify and enhance spacecraft already in orbit.