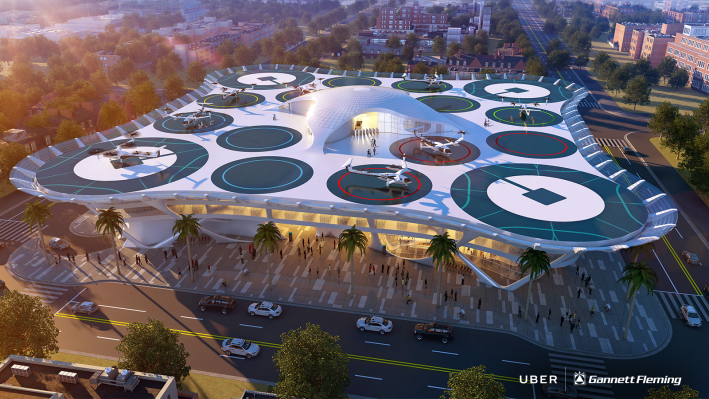 A little less than three years after it first announced its vision for adding flying taxi service to its portfolio of offerings, Uber has landed its first auto manufacturing partner on the skyway to making its Air Taxis real.

The company announced at the Consumer Electronics Show that it would be working with Hyundai Motor Company as the first major auto manufacturer to join Uber’s Elevate program.

As part of the partnership, Hyundai said it will produce and deploy the air vehicles with Uber providing the logistics services including airspace support, connections to ground transportation and customer interfaces through its aerial ride sharing network.

“Our vision of Urban Air Mobility will transform the concept of urban transportation,” said Jaiwon Shin, Executive Vice President and Head of Hyundai’s Urban Air Mobility (UAM) Division. “We expect UAM to vitalize urban communities and provide more quality time to people. We are confident that Uber Elevate is the right partner to make this innovative product readily available to as many customers as possible.”

There’s no word from Uber on what the new partnership means for Uber’s other announced partners which include Karem Aircraft, Aurora Flight Sciences, Embraer, Bell Helicopter, Pistrel Aircraft, and Mooney.

“Hyundai is our first vehicle partner with experience of manufacturing passenger cars on a global scale,” said Eric Allison, the head of Uber Elevate, in a statement. “We believe Hyundai has the potential to build Uber Air vehicles at rates unseen in the current aerospace industry, producing high quality, reliable aircraft at high volumes to drive down passenger costs per trip. Combining Hyundai’s manufacturing muscle with Uber’s technology platform represents a giant leap forward for launching a vibrant air taxi network in the coming years.”

The concept vehicle from Hyundai — dubbed the model S-A1 — includes a design for a cruising speed up to 180 miles per hour; will be 100% electric; requires only five to seven minutes to recharge; has a distributed electric propulsion system that powers multiple rotors and propellers around an airframe (which reduces noise and increases safety by decreasing single points of failure); and seats four comfortably, according to the two companies.

To make sure that there’s real estate to support the hub model Uber has outlined for its aerial transit the company has partnered with real estate developers including Hillwood Properties, Related, Macquire, Oaktree, and Signature. The company has also signed Space Act agreements with NASA for the development of unmanned traffic management concepts and unmanned aerial systems and another for urban air mobility.

Uber expects its first air taxi services to launch in 2023.