HuffPost is reportedly on the auction block 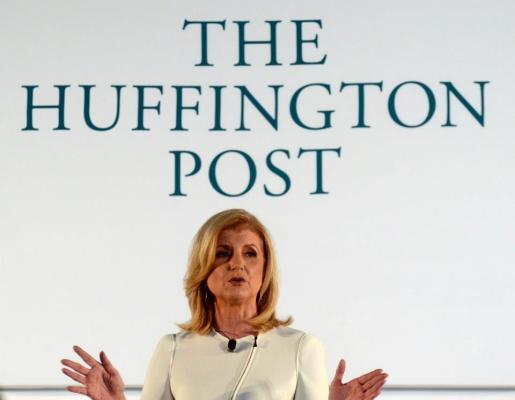 Late last night the Financial Times reported that HuffPost, arguably one of the crown jewels of Verizon Media Group’s remaining network of media properties (which includes TechCrunch), is up for sale.

Verizon has been shedding media properties in a retreat from the strategy that it had begun to execute with the acquisition of AOL for $4.4 billion back in 2015. Through the AOL deal, then-chief executive Tim Armstrong became the architect of the telecommunications company’s media and advertising strategy.

Armstrong’s vision was to roll up as much online real estate as he could while creating a high technology advertising architecture on the back-end that could better target consumers based on their media consumption (which the telecom company would also own).

The idea was to provide a broad-based competitor to the reach of ad platforms on Google and Facebook which were also targeting users based on their browsing history and interests. The benefit that Google and Facebook had was that they had a more holistic view of what consumers did online and they positioned themselves as a distribution channel between media companies and users — essentially redistributing their articles and videos and hoovering up the ad dollars that had previously gone to those media companies.

The multi-billion dollar land grab continued when Verizon paid $4.5 billion for Yahoo in 2017.

Now it appears that Verizon has a multi-billion dollar case of buyer’s remorse. Part of the billions that Verizon spent on Yahoo was for the early social network Tumblr, which Yahoo had acquired for $1.1 billion back in 2013.

Earlier this year Verizon unloaded Tumblr for the cost of a luxury Manhattan apartment. That $3 million sale was presaged by the significant fall from grace of other former high-flying media and tech properties.

Vice was once worth $5.7 billion at the height of the media investment bubble, but earlier this year Disney wrote down its stake in the company to virtually nothing.

At least Vice is emerging as a survivor. the company has rolled up Refinery29. Vox Media is also doing well in the new world of media. It bought Recode back in 2015 and recently acquired the publisher behind New York Magazine to expand its purview into paper publications and get its hands on the popular New York websites Intelligencer, The Cut, Vulture, and Grub Street.

Other publications like Hello Giggles, which was founded by the actress Zooey Deschanel, were sold to Time Magazine. High-fliers like Buzzfeed, HuffPost, Vice and Vox have all had to lay off staff in recent months.

It’s been a wild ride for HuffPost, which began in 2005 as a collection of celebrity bloggers brought together under the auspices of Arianna Huffington, from whom the site took its name.

AOL acquired The Huffington Post back in 2011 in a deal that was valued at $315 million less than a year after picking up TechCrunch for $25 million.

Verizon announced layoffs across its media properties at the beginning of the year. It cut roughly 7 percent of its staff — or around 800 jobs — including some at HuffPost.

In a statement to the Financial Times, Verizon said that it would not comment on rumors and speculation.

Neither Verizon Media nor HuffPost responded to a request for comment by the time of publication.