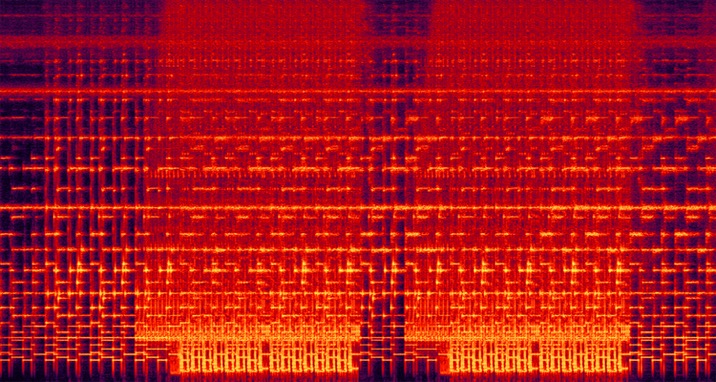 Music is front and center in the rise of TikTok and other short-video apps. It’s not just the video platforms that are harvesting the fruit of their surging popularity. Music rights holders are also prepared to extract money from the millions of songs found in snappy user-generated videos.

To detect copyrighted content, record labels and publishers summon a technology called audio fingerprinting, a tool pioneered by now Apple-owned Shazam. ACRCloud, a five-year-old startup based in Beijing and Düsseldorf, competes with the likes of Audible Magic and Nielsen-owned Gracenote to provide that service. It can quickly match a target song’s “fingerprint” or ID — key acoustic features like the tempo and tones of a piece — with a reference database of millions of tracks.

The audio fingerprint, or digital summary of an audio signal (Source: ACRCloud)

ACRCloud helps monitor copyright usage for some of the largest music labels in the West, names of which the company cannot disclose because the partnerships are confidential. The record labels apply the startup’s automated content recognition (hence its name ACRCloud) algorithms to monitor works present in radio and TV programs, user-generated content on platforms like YouTube and TikTok, or whichever service that should be paying the copyright holders.

It’s not just the publishers and labels that keep tabs on their intellectual property. For compliance purposes, broadcasters and UGC services also proactively track the music that gets played through their channels.

On the other hand, many small copyright holders and labels hardly earn any royalties because they lack a system that can automatically match music usage to royalties.

UGC services can face huge fines if they are found plagiarizing. Earlier this year, a group of music publishers and songwriters reportedly threatened to sue TikTok over copyright infringement. It’s unsurprising to see TikTok’s parent company ByteDance doubling down on music licensing and even developing its own artists to be less dependent on big labels.

The other obvious use case of acoustic fingerprinting is song recognition, a technology pioneered by Shazam, where Li worked from 2012 to 2014 to help the company expand to China. Phone makers like Huawei, Xiaomi and Vivo have integrated ACRCloud’s music recognition technology into their devices.

Li has always been in the space of audio technology. Aside from his stint with Shazam in China, the entrepreneur also previously worked on Huawei’s ringtone business in African markets. Li has never raised outside funding for ACRCloud and has kept the team small, with only 10 employees.