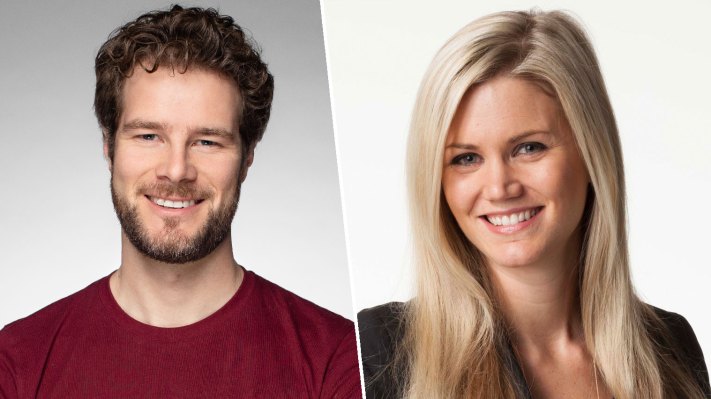 As has been said so many times before: “Hardware is hard.”

But has building a hardware company gotten any easier over the years? Or has 2020 introduced all new challenges of its own?

At Disrupt 2020 — our first ever entirely virtual Disrupt! — we’ll be joined by two people who have tons of insight into everything that goes into making something real: Eric Migicovsky of Y Combinator and Kate Whitcomb of Chrysalis Cloud.

As the founder of Pebble, Eric Migicovsky led the team behind the first smartwatches worthy of the space on your wrist. Beating the Apple and Android watches of the world to the punch by years, the company shipped over 2 million watches before being acquired (and, sadly, shutdown) by Fitbit in 2016. Years later, Pebble still holds the records for two of the top five most funded Kickstarter campaigns ever. Today Eric is a partner at Y Combinator, where he has helped countless early-stage startups map out the road ahead and leads the accelerator’s online Startup School program.

In 2020 Kate Whitcomb co-founded Chrysalis Cloud, a platform meant to help companies collect and analyze streaming data in a cheaper, lower latency way, after spinning it out of smart baby monitor maker Cocoon Health. Before that Kate was a partner at the HAX hardware accelerator, where she helped hundreds of startups from around the world bring their product concepts into the world — and even before that, she led Growth and Innovation for Target’s Consumer IoT team. She also wrote about how to get your hardware in front of retailers for TechCrunch here!

What advice do these two experts have for anyone looking to start a hardware company in 2020? Would they start building new hardware right now, and what do they see as the biggest potential challenges in doing so? I’m excited to find out. Both Eric and Kate spent years bringing ideas into reality and spent years helping others do the same. Whether you’re working on a hardware startup or investing in hardware companies, you won’t want to miss it… and, this year, you won’t even have to leave your house to catch every bit of it.

As we announced back in May, Disrupt 2020 will be the first time we’ve done this show entirely virtually… and what a show it’ll be. We haven’t even announced the full agenda yet, and it’s already amazing. Charles Hudson! Roelof Botha! Drew Houston, Michael Seibel, and Jennifer Doudna!

And then, of course, there’s the Startup Battlefield — the startup competition where Dropbox, Fitbit, Mint, and so many others made their big debuts.

Disrupt 2020 will run from September 14th to September 18th. If you want to check it out as an attendee, the Digital Pro Pass starts at $345; if you want to exhibit in the Startup Alley, get your Digital Startup Alley Exhibitor Package. Or if you just want to catch this session, you can get a Digital Pass for just $45. meanwhile, you can find all of that info right here. Hope to see you there!