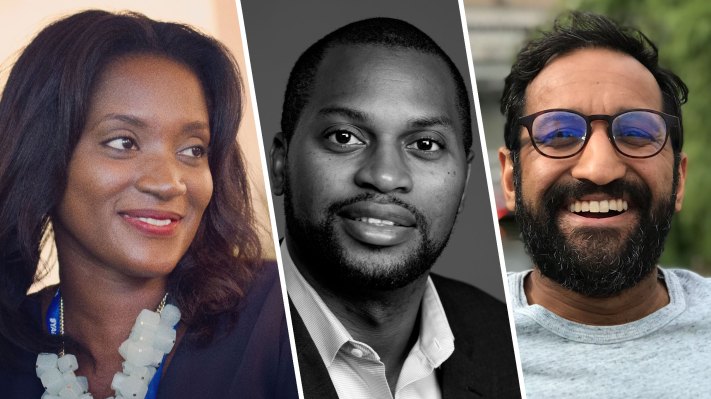 If you’re a VC or founder in London, Bangalore or San Francisco, you’ll likely interact with some part of Africa’s tech landscape for the first time — or more — in the near future. When measured by monetary values, the continent’s tech ecosystem is small by Shenzhen or Silicon Valley standards.

But when you look at year-over-year expansion in venture capital, startup formation and tech hubs, it’s one of the fastest-growing tech markets in the world.

Join us at TechCrunch Disrupt SF where we will host a Q&A session on VC in Africa with Orange Digital Ventures’ Marieme Diop, International Finance Organization‘s Wale Ayeni and 500 Startups’ Sheel Mohnot, three Africa-based investors who bring plenty of experience screening startups across its top tech hubs. We’ll open up the bulk of the session to allow Disrupt attendees to ask questions of each speaker.

Under her tutelage, Orange Digital Ventures  (ODV) participated in a $16 million round for South African fintech startup Yoco and the $8.6 million round to Africa’s Talking—a Pan-African business enterprise software startup.

Formed in 2017, ODV is a €150 fund with €50 allocated for Africa, according to Diop. Orange was one of the early investors in Africa focused e-commerce unicorn, Jumia, which recently went public in a NYSE IPO.

Diop is also working to bridge the resource gap for startups in French-speaking Africa — or 24 of the continent’s 54 countries.

This year she was a co-founder of Dakar Angels Network, a seed fund offering $25,000 to $100,000 investments and entrepreneurial guidance to early-stage ventures in Francophone Africa.

Wale Ayeni leads the IFC venture capital practice focused on Sub-Saharan Africa — IFC is part of the World Bank Group. The IFC’s venture capital team focuses on technology companies in frontier markets, and has deployed ~$800 million in early/growth-stage tech investments over the past decade.

Sheel Mohnot leads fintech investments for 500 Startups . The San Francisco based accelerator has been out front on Africa, taking its Geeks on a Plane tour to the continent in 2017, and racking up over 40 Africa related investments, according to Mohnot.

Startups building financial technologies for Africa’s 1.2 billion population are gaining greater attention of investors. As a sector, fintech (or financial inclusion) attracted 50% of the estimated $1.1 billion funding to African startups in 2018, according to Partech.

So bring your bring your questions on investing in fintech and other sectors in Africa to Disrupt SF on October 4, where speakers Diop, Ayeni, and Mohnot will take the Q&A stage to share their expert insights.