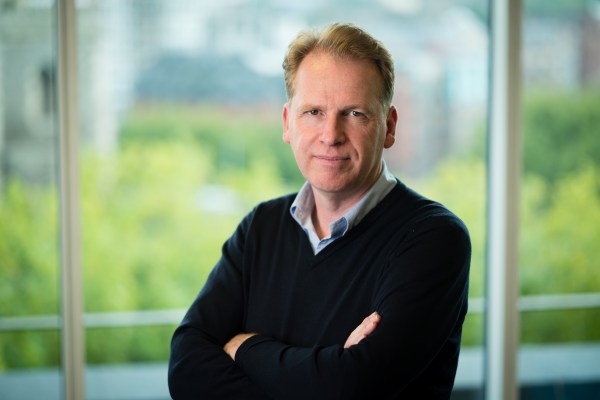 It’s easy to forget that Silicon Valley starts with ‘silicon’, and that there would be no technology innovation without innovation at the silicon level. And Graphcore is well aware of that as the Bristol-based company is designing its own dedicated AI chipset. That’s why I’m glad to announce that Graphcore co-founder and CEO Nigel Toon is joining us at TechCrunch Disrupt Berlin.

Graphcore has managed to attract a ton of attention from day one. Originally founded in 2016, the startup has raised more than $300 million from top investors, such as Sequoia Capital, BMW, Microsoft, Samsung and a ton of others.

The company last raised a $200 million Series D round led by Atomico and Sofina. It values the company at $1.7 billion.

So what is the magic product behind Graphcore? The startup’s flagship product is an Intelligence Processor Unit (IPU) PCIe processor card combined with a software framework. Essentially, it lets you build your own AI applications more efficiently. Those dedidacted AI chips should perform better than repurposed GPUs.

Tobias Jahn, principal at BMW i Ventures, summed it up pretty well in a statement for the Series D round: “The versatility of Graphcore’s IPU – which supports multiple machine learning techniques with high efficiency – is well-suited for a wide variety of applications from intelligent voice assistants to self-driving vehicles. With the flexibility to use the same processor in both a data centre and a vehicle, Graphcore’s IPU also presents the possibility of reduction in development times and complexity.”

It seems crazy that a tiny startup is competing directly with giant chip companies, such as Nvidia, AMD, Intel, Qualcomm, etc. But this isn’t Nigel Toon’s first company. He has been the CEO of Picochip and Icera, two companies that have been sold to Intel and Nvidia.

Graphcore believes that there’s an underserved niche with a lot of potential. And it feels like there’s a race to create the most efficient AI chip. So I can’t wait to hear Nigel Toon’s take on that race.

Buy your ticket to Disrupt Berlin to listen to this discussion and many others. The conference will take place on December 11-12.

In addition to panels and fireside chats, like this one, new startups will participate in the Startup Battlefield to compete for the highly coveted Battlefield Cup.

Graphcore (graphcore.ai) is a new silicon and systems company based in Bristol, UK and Palo Alto, USA that has developed a new type of processor, the Intelligence Processing Unit (IPU), to accelerate machine learning and AI applications. Since its founding in 2016, Nigel has secured over $300m in funding and support for the company from some of the world’s leading venture capital firms including Sequoia Capital, Foundation Capital and Atomico, from major corporations including BMW, Bosch, Dell, Microsoft and Samsung and from eminent Artificial Intelligence innovators.

Nigel has a background as a technology business leader, entrepreneur and engineer having been CEO at two successful VC-backed processor companies XMOS and Picochip (sold to Nasdaq:MSPD, now Intel), a founder at Icera (sold to Nasdaq: NVDA) and VP/GM at Altera (Nasdaq: ALTR, sold to Intel for $17Bn) where he spent over 13 years and was responsible for establishing and building the European business unit that he grew to over $400m in annual revenues. Nigel was a non-executive director at Imagination Technologies PLC until itsacquisition in 2017 and is the author on 3 patents.