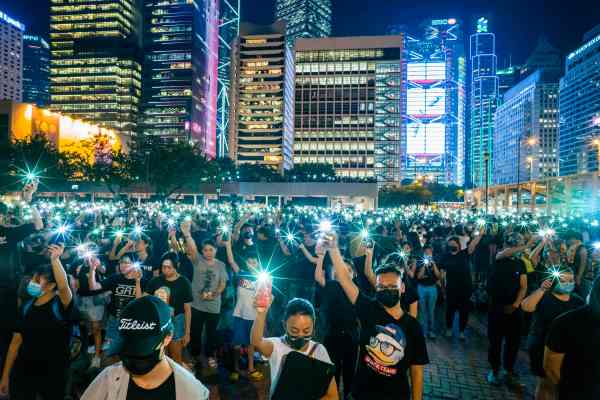 Google has disabled 210 YouTube accounts after it said China used the video platform to sow discord among protesters in Hong Kong.

The search giant, which owns YouTube, followed in the footsteps of Twitter and Facebook, which earlier this week said China had used their social media sites to spread misinformation and discord among the protesters, who have spent weeks taking to the streets to demand China stops interfering with the semi-autonomous region’s affairs.

In a brief blog post, Google’s Shane Huntley said the company took action after it detected activity which “behaved in a coordinated manner while uploading videos related to the ongoing protests in Hong Kong.”

“This discovery was consistent with recent observations and actions related to China announced by Facebook and Twitter,” said Huntley.

Earlier this week Twitter said China was using its service to “sow discord” through fake accounts as part of a “a coordinated state-backed operation.”

In line with Twitter and Facebook’s findings, Google said it detected the use of virtual private networks — or VPNs — which can be used to tunnel through China’s censorship system, known as the Great Firewall. Facebook, Twitter and Google are all banned in China. But Google said little more about the accounts, what they shared, or whether it would disclose its findings to researchers.

When reached, a Google spokesperson only referred back to the blog post and did not comment further.

Over a million protesters took to the streets this weekend to peacefully demonstrate against the Chinese regime, which took over rule from the United Kingdom in 1997. Protests erupted earlier this year after a bid by Hong Kong leader Carrie Lam to push through a highly controversial bill that would allow criminal suspects to be extradited to mainland China for trial. The bill was suspended, effectively killing it from reaching the law books, but protests have continued, pushing back at claims that China is trying to meddle in Hong Kong’s affairs.